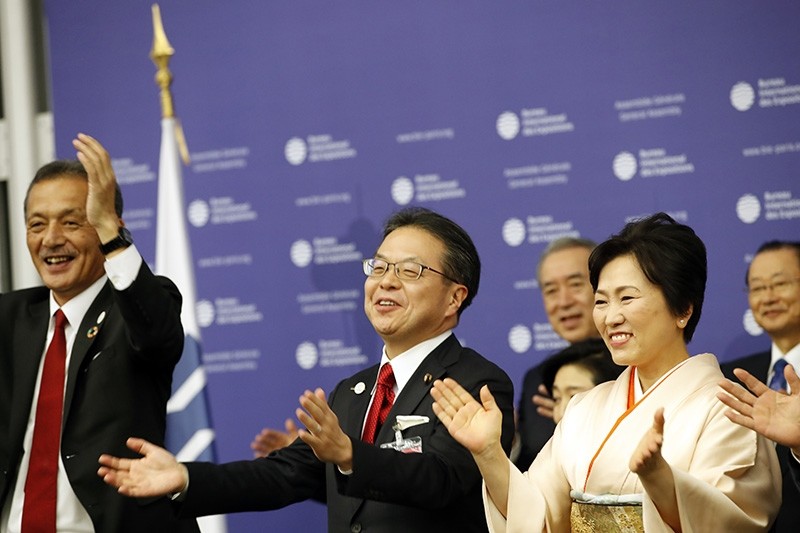 .The Japanese city of Osaka will host the 2025 World Expo, after beating Yekaterinburg in Russia and Baku in Azerbaijan in a vote to host the fair.

Osaka garnered 92 votes compared with 61 for the Russian city of Ekaterinburg in the second and final round of voting by members of the Paris-based Bureau International des Expositions, which organizes the mega-event.

Azerbaijan's capital Baku was knocked out in the first round.

The first world fair to celebrate culture and industrial progress was held in Victorian-era London in 1851.

The concept quickly caught on and cities were soon jostling to outshine each other with huge exhibitions featuring dazzling new creations, such as the Eiffel Tower, which was built for the World Fair of 1889.

The World Expo events, which cost millions of dollars to prepare and last up to six months, can help shine a spotlight on host cities, drawing visitors from home and abroad.

In a video message to the delegates meeting to choose the city in Paris, Japan's Prime Minister Shinzo Abe said the May-November 2025 expo would aim "to make our world a wonderful place."

Leaders in Osaka, Japan's third-largest city, are hoping the expo will revitalize a city that has lost much of its luster to Tokyo. Osaka proposed an expo on a man-made island on the theme of "Society 5.0" and how to leverage robotics and artificial intelligence for the public good.

The World Expo is held on average every five years, with the next one taking place in Dubai between October 2020 and April 2021.