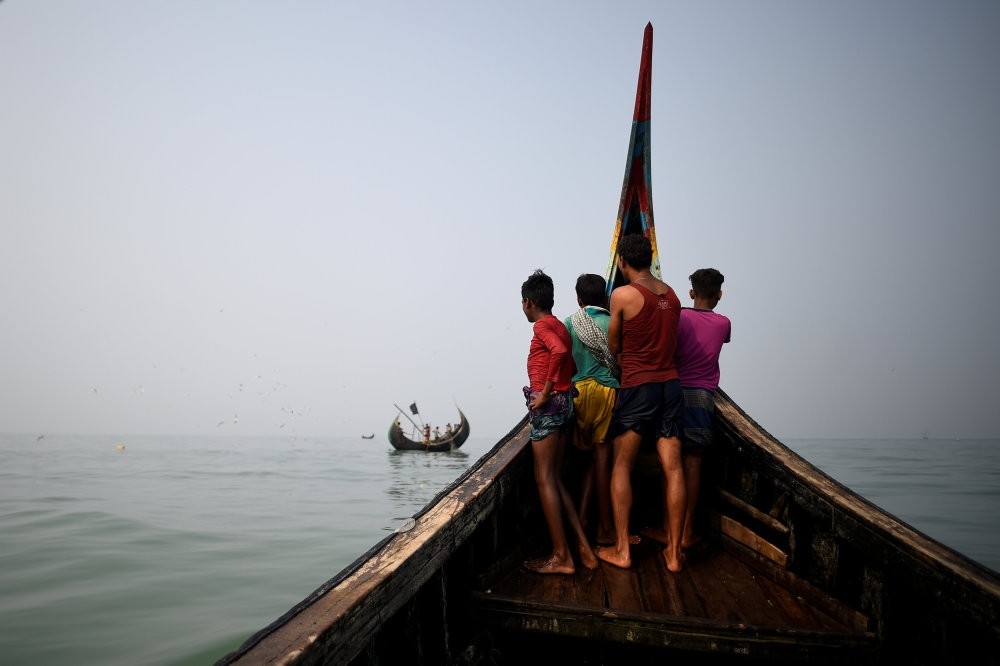 More Rohingya Muslims try to flee Myanmar's Rakhine state where they have been subjected to grave human rights violations.
by Compiled from Wire Services Nov 29, 2018 12:00 am

Nearly 100 Rohingya Muslims were forced back to Myanmar's Rakhine State this month after being detained at sea, stirring fears of a fresh refugee boat crisis

Nearly 300 Rohingya Muslims, who attempted to flee Myanmar's restive Rakhine state, were temporarily detained and returned to refugee camps this month, according to local media and local government officials.

A boat carrying 93 Rohingya Muslims, who left camps in Rakhine State's capital Sittwe in hope of reaching Malaysia through the sea route, was seized by Myanmar authorities near Dawei, a coastal town in southern Tanintharyi region on Nov. 25, reported Radio Free Asia, a local online media source. "That is the third boat being seized in the sea by authorities," Col. Sein Win of the Tanintharyi Regional Police Force was quoted as saying on Monday. "Of the 93 people aboard, 33 are women and 32 are children under 15," he said. These people left Rakhine State on Nov. 18, and had paid human traffickers around $300 each to take them to Malaysia, according to the police officer. A navy ship has taken them back to Rakhine, he added.

The authorities also rescued a boat with 106 Rohingya Muslims aboard near Yangon's Kyauk Tan Township on Nov. 16, as the boat got stuck at Andaman Sea after the boat engine failed, a regional lawmaker said. A young girl died of fever on the boat, according to local police.

Thet Thet Mu, Kyauk Tan's regional lawmaker, told Anadolu Agency (AA) that 31 women and 25 children were among those aboard. "Frankly, the authorities need to stop this. They need to prevent these people from leaving for the sea migration," she said. "They said they were leaving the camps because they can't stand the situation there anymore. So improving the situation is also vital to prevent such further accidents," she added. It was the first time that Rohingya attempted to reach Malaysia by boat since the end of the rainy season this year.

Nearly 1 million Rohingya Muslims, driven away from their homes in neighboring Myanmar, are living in squalid camps in the southeastern Bangladeshi district of Cox's Bazar. Of them, more than 700,000 crossed the border into Bangladesh after Myanmar launched a brutal military crackdown in August 2017 in response to insurgent attacks on security posts in northern Rakhine State. Myanmar has rejected accusations that its military committed atrocities in the crackdown last year that forced 720,000 Rohingya to flee over the border to Bangladesh. The conflict has also seen some 390 villages destroyed and 10,000 Rohingya killed, Marzuki Darusman, chair of the U.N. fact-finding mission on Myanmar, said last month.