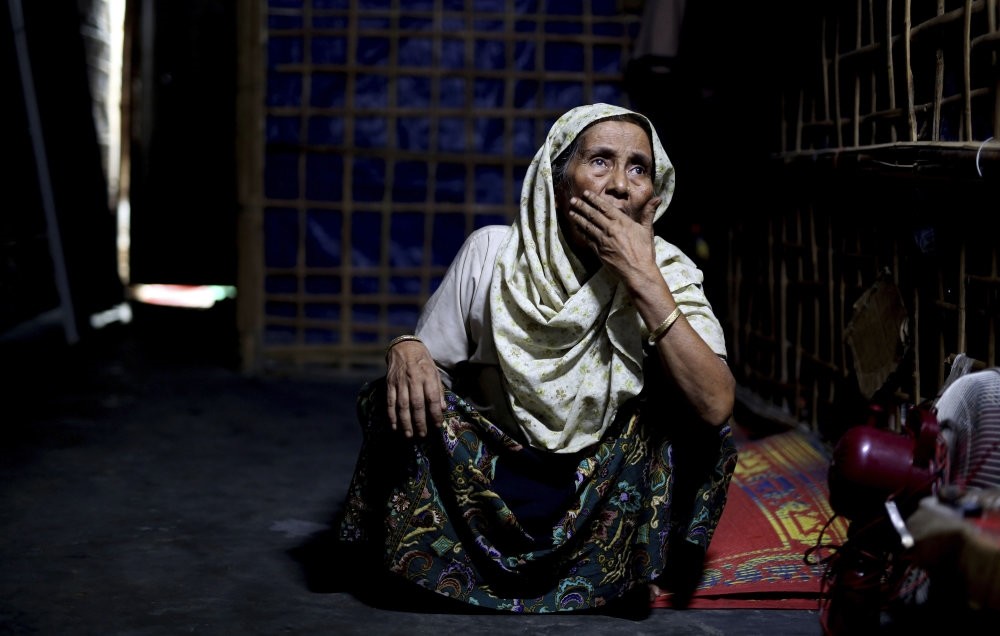 An elderly Rohingya refugee sits inside a family shelter in Kutupalong refugee camp, Bangladesh, Aug. 28.
by Compiled from Wire Services Dec 05, 2018 12:00 am

The Myanmar military's mass killings of Rohingya amount to genocide, a human rights law firm reported, while calling for the establishment of a criminal tribunal for grave atrocities

Crimes committed against Rohingya Muslims in Myanmar should be further investigated by a criminal tribunal, a human rights law firm said Monday. Washington-based Public International Law and Policy Group (PILPG), tasked by the U.S. State Department, after months of investigation released the report that said there are reasonable grounds to believe crimes against humanity, genocide and war crimes have been committed against the minority Muslim group.

"The international community is obliged to protect populations subjected to atrocity crimes by their own governments and ensure justice and accountability for such crimes," the report said. It called for the urgent establishment of an "accountability mechanism," or referral to the International Criminal Court (ICC). It noted that in similar circumstances in the past, different mechanisms had been used, including the international court, ad hoc tribunals established by the United Nations and hybrid or domestic tribunals established with the support of intergovernmental organizations.

The PILPG gathered a team of 18 investigators from 11 countries and conducted more than 1,000 interviews with Rohingya in refugee camps, documenting "property and land confiscation, restricted access to food, marriage and family restrictions, religious persecution, extortion and threats of violence, forced labor, and regular beatings, rapes and murder." Every person interviewed in the report witnessed or experienced large-scale attacks, killings, destruction of property, harassment or contempt for their religion, and 80 percent witnessed the killing of a family member, friend or acquaintance.

"Military helicopters hunted for and fired upon groups of fleeing Rohingya, and the Myanmar Navy shot Rohingya with boat-mounted guns or intentionally rammed overcrowded ferries to drown those on board as they sought to flee across the Naf River into Bangladesh," the report also said.

The law firm's report was used to create a State Department report released in September; however, the government fell short of calling the crimes "genocide" in Myanmar. A declaration of genocide by the U.S. government, which has only gone as far as labeling the crackdown "ethnic cleansing," could require Washington to impose stronger sanctions on Myanmar.

The huge exodus of Rohingya began in August last year after Myanmar security forces launched a brutal crackdown following attacks by an insurgent group on guard posts. The scale, organization and ferocity of the operation led to accusations from the international community, including the U.N., of ethnic cleansing and genocide.