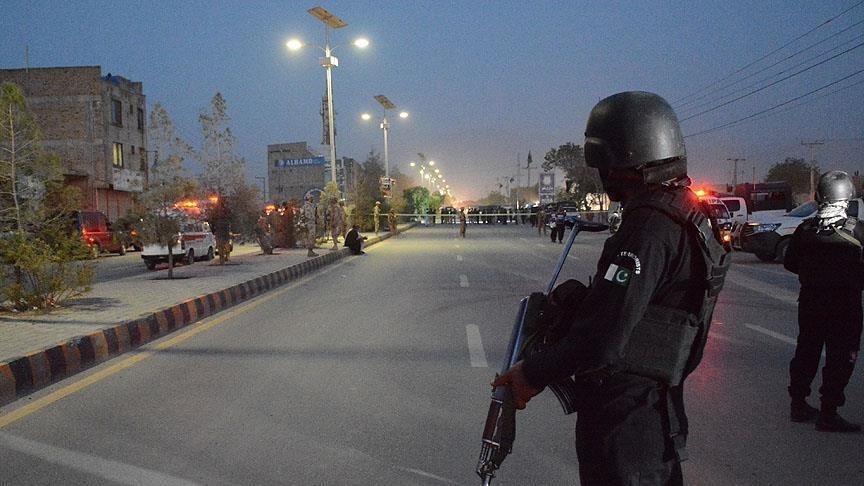 Ali Raza Abidi, who had been elected twice as a member of the lower house -- the National Assembly -- from Karachi in 2008 and 2013 was ambushed by motorbike riding gunmen near his residence in a high-end locality.

Abidi received four bullets in his neck and chest, and was immediately shifted to a nearby hospital, where he succumbed to his injuries, Javed Alam Odho, a city police chief told reporters.

His driver was also injured in the attack.

Abidi had lost to Prime Minister Imran Khan in the July general elections from a Karachi constituency on the ticket of Muttahida Quami Movement (MQM) -- a linguistic party, which represents the Urdu-speaking Mohajir community that had migrated from India at the time of partition in 1947.

His father, Ikhlaq Ahmad Abidi was also elected as a National Assembly member from Karachi in 2006 on the MQM's ticket.

The slain lawmaker has recently quit the MQM following a major split in the party.

Two activists of Pak Sarzameen party -- a splinter faction of the MQM -- were killed and another two injured in an armed attack on a party office in Karachi last Sunday.

The MQM had had a strong influence in urban parts of Sindh province but it conceded a heavy defeat at the hands of Imran Khan's Pakistan Tehreek-e-Insaf (PTI) in the July elections, mainly in Karachi.

The party has also been accused of operating like an organized gang through its alleged use of violence and intimidation.

A security crackdown launched in 2013 against militants and gangs in the commercial capital has also affected MQM with hundreds of workers arrested for their alleged involvement in the targeted killings of political opponents and security forces, extortion and other crimes in recent years.

The party leaders parted ways with the party founder Altaf Hussain, who lives in exile in London following his anti-Pakistan speeches by phone in August last year.