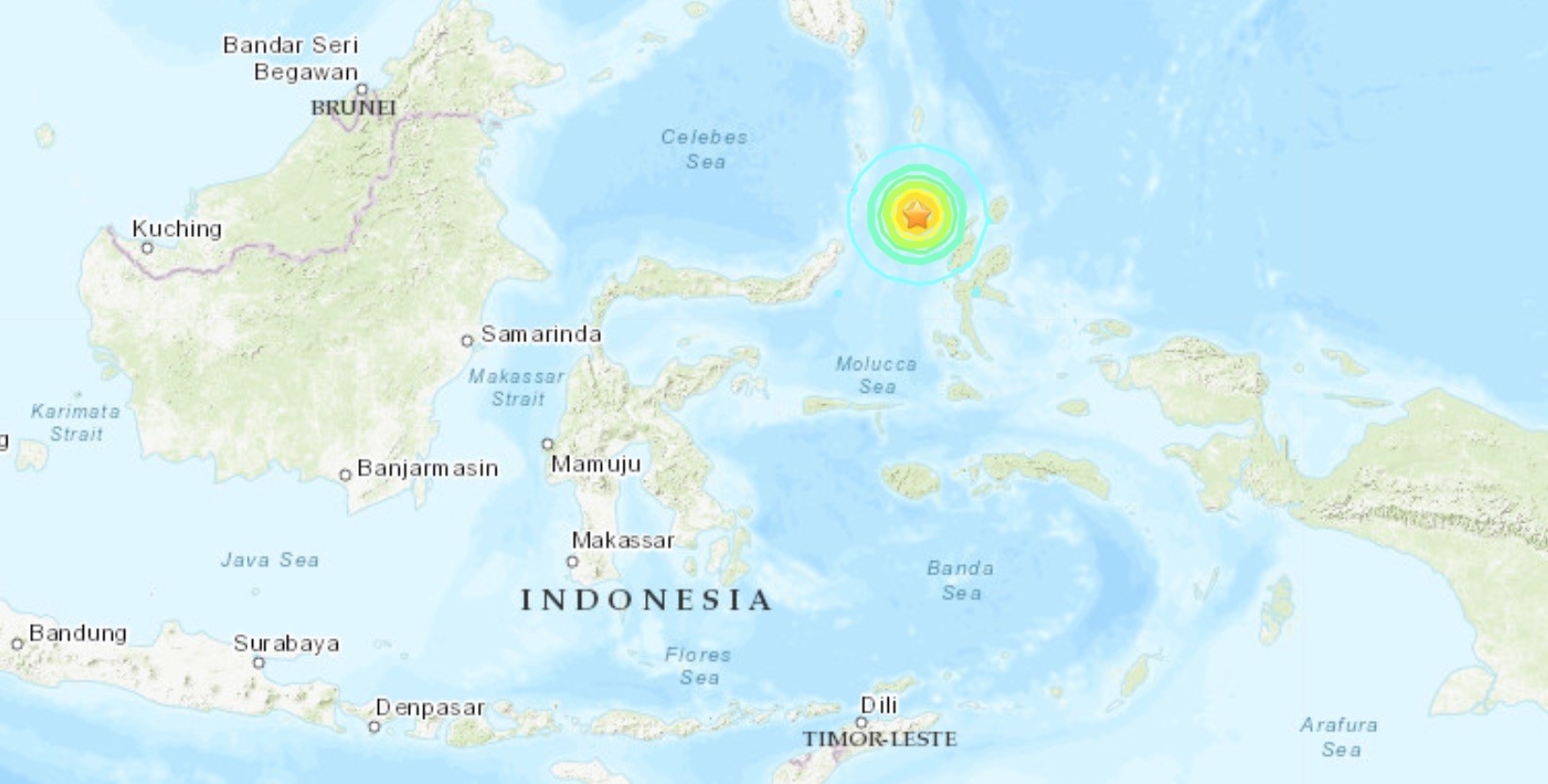 A strong 6.6-magnitude earthquake struck off the Indonesian coast early Monday, sending residents running out of their homes, but no tsunami warning was issued.

The quake hit at a depth of 60 kilometers (40 miles) under the Molucca Sea, some 175 kilometers north-northwest of the city of Ternate, according to the USGS.

There were no immediate reports of damage or casualties and Indonesia's geophysics agency did not issue a tsunami alert.

"We felt the quake and some people got out of their house but there was no real panic. There is no damage in my area," said a man from Ternate called Budi, who like many Indonesians goes by one name.

Bani Nasution, a man who was in the city of Manado when the quake struck, told AFP: "I ran out of my house and so did other people here, but we've all returned to our houses now."

A series of aftershocks also rocked the area.

Indonesia is still reeling from a deadly tsunami at the end of December triggered by an erupting volcano in the middle of the Sunda Strait between Java and Sumatra islands that killed more than 400 people.

The vast Southeast Asian archipelago is one of the most disaster-hit nations on Earth due to its position straddling the so-called Pacific Ring of Fire, where tectonic plates collide.

The tsunami was Indonesia's third major natural disaster in six months, following a series of powerful earthquakes on the island of Lombok in July and August and a quake-tsunami in September that killed around 2,200 people in Palu on Sulawesi island, with thousands more missing and presumed dead.