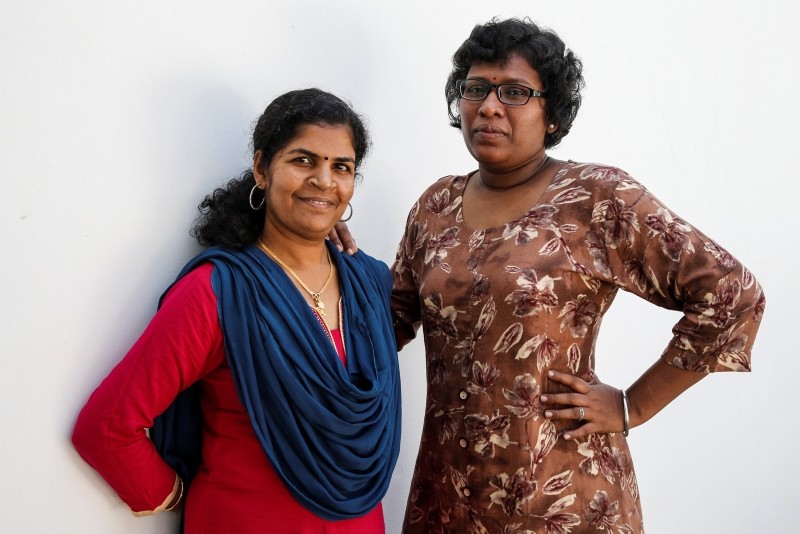 Two women who made history by becoming the first in centuries to enter a hill temple in southern India are in hiding after threats by hardline Hindu groups.

The Sabarimala temple in the state of Kerala has been the site of tension since India's Supreme Court ruled in late September to end a ban on women of menstruating age entering it.

There have since been sporadic outbreaks of violence between the authorities and protesters attempting to prevent women from entering, setting off a cultural battle in what is still a deeply religious country.

Bindu Ammini, 40, a law lecturer at Kerala's Kannur University and Kanakadurga, 39, a civil servant, told Reuters they were determined to enter despite threats of violence.

"A lot of people tried to dissuade us and make us turn back - police officers, our friends... because they knew we were facing a lot of backlash," Kanakadurga said.

After the Supreme Court's judgment, the women made an unsuccessful attempt to enter the temple on Dec. 24, before finally succeeding on Jan. 2.

A third woman aged 46 has since entered the site, the office of the chief minister of Kerala said on Jan. 4.

"We felt no fear. We had only one aim: we wanted to go to that shrine," Bindu said.

Their entry sparked widespread protests and a day-long strike in Kerala led in part by members of India's ruling Bharatiya Janata Party.

"This BJP government has a duty to regulate and control their members," Bindu said.

The women - speaking in an undisclosed location on the outskirts of the city of Kochi - say they have since faced threats from protesters, but that they trusted the authorities to keep them safe and plan to return home next week.

"I always say that I trust the police persons, the state government of Kerala and also our democratic society of Kerala," Bindu said.