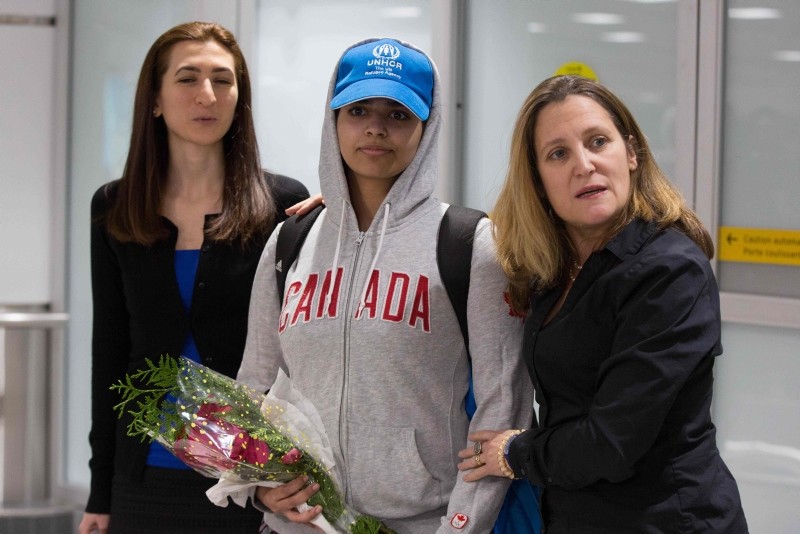 An 18-year-old Saudi woman who said she feared death if deported back home has arrived in Canada, which has granted her asylum.

Standing with Alqunun by her side at Toronto's airport Saturday, Freeland said: "This a very brave new Canadian."

Prime Minister Justin Trudeau had said Canada would accept Alqunun as a refugee, capping a dramatic week that saw her flee her family while visiting Kuwait and before flying to Bangkok, where she barricaded herself in an airport hotel to avoid deportation. The case grabbed global attention after she mounted a social media campaign for asylum.

He earlier said that several countries including Canada and Australia were in talks with the U.N. refugee agency on accepting Alqunun.

Alqunun was on her way to Australia last Saturday but was stopped at a Bangkok airport by immigration police who seized her passport.

She barricaded herself in an airport hotel room and launched a social media campaign that drew global attention to her case. Thai officials agreed to admit her temporarily under the protection of U.N. officials, who granted her refugee status on Wednesday.