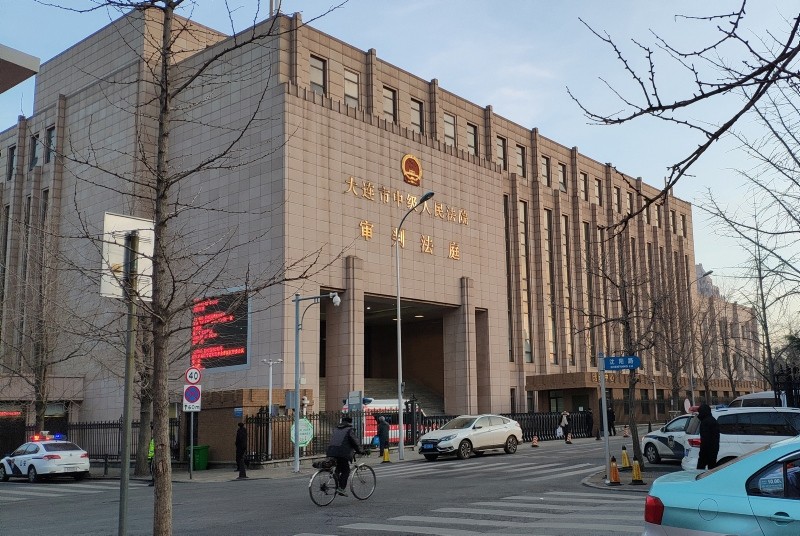 A general view of the Intermediate People's Court of Dalian (Reuters Photo)
by Compiled from Wire Services Jan 14, 2019 12:00 am

A Chinese court on Monday sentenced a Canadian man to death for drug smuggling after prosecutors said an original 15-year sentence given in November was too lenient.

Dalian Intermediate People's Court in the northeast province of Liaoning re-tried Robert Lloyd Schellenberg and decided on execution, the court said in a statement on its website.

The case will further test bilateral relations, already tense since Canada's arrest of a Chinese executive at the request of the United States in December, followed by China's detention of two Canadians on suspicion of endangering state security.

Schellenberg was told in court he has the right to appeal to Liaoning High Court within 10 days upon receiving the ruling, the court said in the second statement, adding that he was involved in organized international drug crimes.

Schellenberg's lawyer Zhang Dongshuo told Reuters he will likely appeal the sentence. Schellenberg, who was to have been deported after serving his sentence, had lodged an appeal after being handed a 15-year sentence on Nov. 20 in Dalian.

Canadian Prime Minister Justin Trudeau denounced the death sentence given to the Canadian. He said other nations should be concerned about the verdict handed out to Robert Lloyd Schellenberg, who was found guilty of drug smuggling.

"It is of extreme concern to us as a government, as it should be to all our international friends and allies, that China has chosen to begin to arbitrarily apply (the) death penalty … as in this case facing a Canadian," Trudeau told reporters after news of the verdict by the Dalian Intermediate People's Court was announced.

He added that Canada would "continue to talk to our allies and to China about this."

The sentence comes after China detained two Canadians in December in apparent retaliation for Canada's arrest of a Chinese technology executive.

Schellenberg was detained in 2014 and initially sentenced to 15 years in prison in 2016 on charges of being an accessory to drug smuggling. But last month an appeals court agreed with prosecutors who said the sentence was too lenient.

Former Canadian diplomat Ben Rowswell, head of the Canadian International Council think tank, said Monday the Schellenberg case will be "on the top of the agenda" for Canadian officials, beginning with Trudeau.

"They will be doing everything possible in closed, secret, diplomatic channels to try and reach a resolution," he said.

Schellenberg would be the first Canadian executed in China.