61 Rohingya Muslims arrested by Indian police in a week 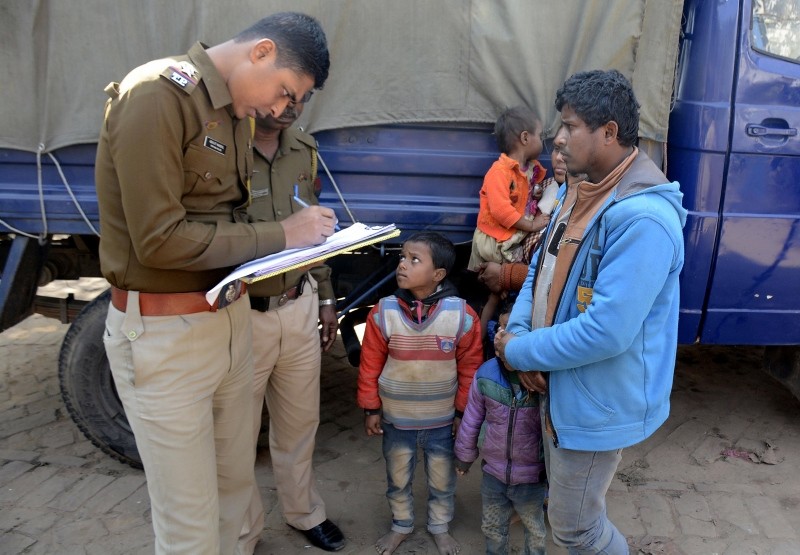 Indian policeman registers names of Rohingya refugees detained while crossing the India-Bangladesh fenced border from Bangladesh, at Raimura village on the outskirts of Agatala, the capital of northeastern state of Tripura, Jan. 22, 2019. (AFP Photo)
by Compiled from Wire Services Jan 26, 2019 3:56 pm

Police in northeastern India say they have arrested 61 Rohingya Muslims this week amid reports that more than 1,300 have recently crossed the border into Bangladesh.

In Assam state, police say they arrested 30 Rohingya, including 12 children, who were found traveling on a bus Monday night to Gauhati, the state capital.

In neighboring Tripura state, police said they arrested 31 Rohingya on Tuesday after they spent two days in a no man's land along the border after Bangladesh denied them entry.

The 31 stranded Rohingya, including women and children, had been living in the Indian state of Jammu and Kashmir, according to a Border Guards Bangladesh (BGB) official.

The roundups in India, and fear of deportation to Myanmar, have driven even more of the stateless Muslims into Bangladesh, where a million Rohingya live in giant refugee camps in the country's southeast. At least 1,300 Rohingya Muslims have crossed into Bangladesh from India since the start of the year, an official said last week.

New Delhi has faced sharp criticism for turning members of the persecuted minority over to Myanmar in recent weeks, despite the army there being accused of atrocities against the Rohingya. The United Nations and rights groups accused India of disregarding international law and returning the Rohingya to possible danger in Buddhist-majority Myanmar.

Indian border guards have denied Bangladesh media reports that India is pushing Rohingya across the border.

India, which is not a signatory to the U.N. Refugee Convention, arrested 230 Rohingya in 2018, the most in years as Hindu hardliners called for the displaced Muslims to be deported en masse. Amnesty International, among other rights groups, has blasted India for forcibly repatriating the Rohingya to Myanmar when persecution in Rakhine is ongoing.

More than 700,000 Rohingya have fled from Myanmar, chiefly to Bangladesh, since August 2017 to escape army-led violence against them.