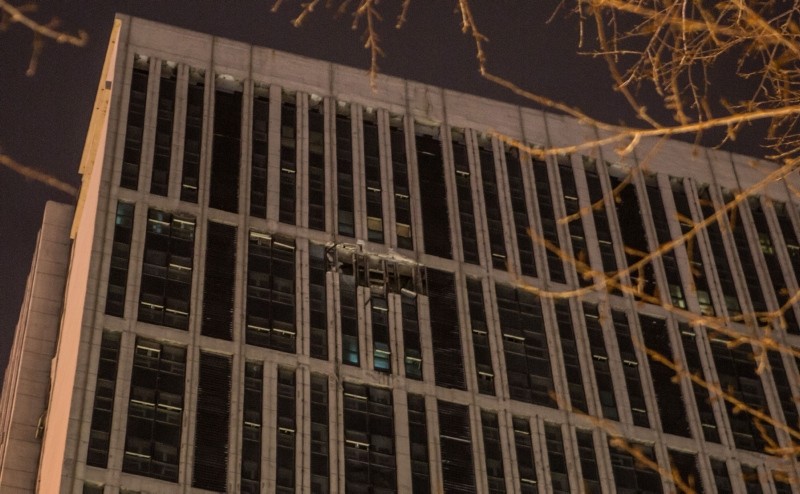 Twin blasts rocked a high-rise in northeast China on Friday, killing one person and injuring another in an incident being treated as a criminal case, local authorities said.

The first blast happened at around 3:13 pm (0713 GMT) when the fire brigade received a report of a car explosion in an underground garage of the Wanda Plaza in Changchun, the city's government said in a statement posted on social media.

Three minutes later, a second explosion occurred in an office on the 30th floor of the complex. An earlier statement said that blast left one dead. It was unclear where the second person was injured.

The Changchun government added that a criminal investigation has been opened.

Social media footage showed a busy road shrouded in smoke as devices exploded on the ground while people fled. Another video showed a blast on the upper floors of a high-rise building.

AFP could not independently verify the authenticity of the videos.

Bomb explosions have occurred in China in recent years.

Last July, a 26-year-old man set off a small explosive outside the United States embassy in Beijing, injuring his hand and sending smoke into the air. Police said he was from Inner Mongolia but did not reveal any motive.

In June 2017, a bomb exploded outside a kindergarten in east Jiangsu province, killing eight people and injuring dozens. The explosion was blamed on a 22-year-old introvert with health problems who died in the blast.

The Jilin incident also comes just over a week before the Lunar New Year holiday, which the Chinese usually welcome with firecrackers and fireworks, sometimes resulting in accidents.

In January 2006, 36 people were killed as they celebrated the Lunar New Year at a temple festival in central China's Henan province when fireworks exploded in an illegal factory storeroom nearby.