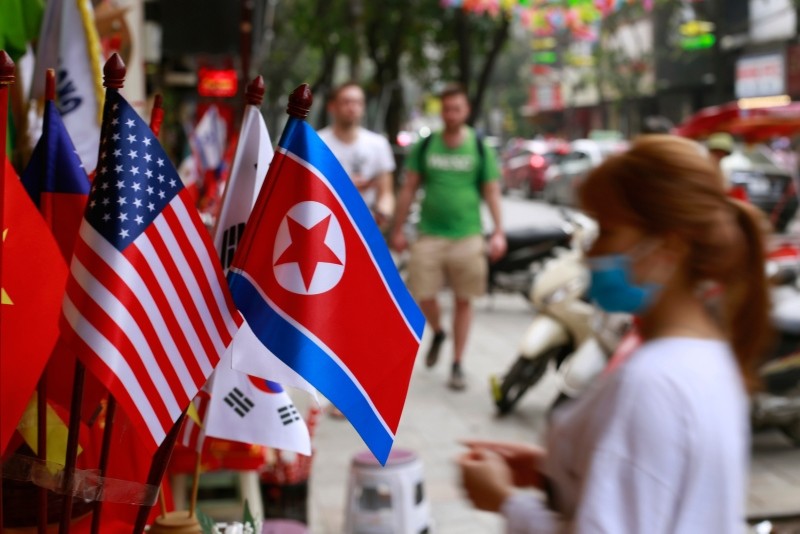 Stephen Biegun, U.S. Secretary of State Mike Pompeo's special representative for North Korea, arrived in North Korea on Wednesday, as President Donald Trump announced that he will hold a two-day summit with North Korea leader Kim Jong Un Feb. 27-28 in Vietnam to continue his efforts to persuade Kim to give up his nuclear weapons.

Biegun appeared hopeful, but acknowledges that many issues make it especially complicated for the two countries to "embark on a diplomatic initiative of this magnitude."

Before flying to the Koreas, in a speech at Stanford University last week, he said Washington was not planning to occupy North Korea but wants complete details of its nuclear programs.

Meanwhile, Trump said his outreach to Kim and their first meeting last June in Singapore opened a path to peace. But there is not yet a concrete plan for how denuclearization could be implemented.

Denuclearizing North Korea is something that has eluded the U.S. for more than two decades, since it was first learned that North Korea was close to acquiring the means for nuclear weapons.

"As part of a bold new diplomacy, we continue our historic push for peace on the Korean Peninsula," Trump said in his State of the Union address.

Director of National Intelligence Dan Coats told Congress last week that U.S. intelligence officials do not believe Kim will eliminate his nuclear weapons or the capacity to build more because he believes they are key to the survival of the regime. Satellite video taken since the June summit has indicated North Korea is continuing to produce nuclear materials at its weapons factories.

Last year, North Korea released American detainees, suspended nuclear and long-range missile tests and dismantled a nuclear test site and parts of a rocket launch facility without the presence of outside experts.

It has repeatedly demanded that the United States reciprocate with measures such as sanctions relief, but Washington has called for North Korea to take steps such as providing a detailed account of its nuclear and missile facilities that would be inspected and dismantled under a potential deal.

At the second Trump-Kim summit, some experts say North Korea is likely to seek to trade the destruction of its main Yongbyon nuclear complex for a U.S. promise to formally declare the end of the 1950-53 Korean War, open a liaison office in Pyongyang and allow the North to resume some lucrative economic projects with South Korea.

"Our hostages have come home, nuclear testing has stopped, and there has not been a missile launch in more than 15 months," Trump said. "If I had not been elected president of the United States, we would right now, in my opinion, be in a major war with North Korea.

"Much work remains to be done, but my relationship with Kim Jong Un is a good one," he said in announcing their second meeting.

The Vietnamese city where the two leaders will meet was not announced. The country, however, is keen to project itself on the world stage. It is a single-party communist state that boasts of tight political control and a tough security apparatus similar to Singapore's.

Where Singapore leans West, generally appreciative of U.S. influence in Asia, Vietnam leans East. Even with its edgy relationship with China, it has a long fraternal history with Asia's communist states. This is friendly ground for Kim and closer than Singapore.

On a related issue, the State Department said this week that the U.S. and South Korea have reached a tentative agreement on sharing the costs of keeping 28,500 American troops in South Korea, but no final deal has been signed to replace the existing agreement, which expired at the end of 2018. South Korea pays more than $800 million a year, but Trump has demanded that Seoul pay 50 percent more.

News that a tentative agreement has been reached offers relief to those who worried Trump would use the lack of a deal as a reason to pull U.S. troops out of South Korea as part of negotiations with Kim. North Korea has claimed that the presence of American troops in the South is proof that the U.S. has hostile intentions in the region.

Trump said after his first meeting with Kim in June that while he'd like to bring troops home, "that's not part of the equation right now."