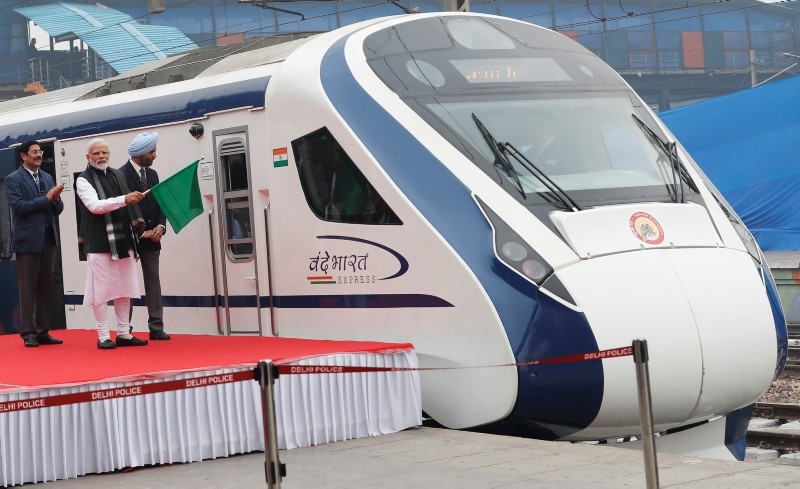 India's first locally built semi high-speed train broke down early on Saturday on its way back to New Delhi from Varanasi in northern Uttar Pradesh, a day after its inauguration by Prime Minister Narendra Modi.

The Vande Bharat Express can run up to a maximum speed of 160 km/hour.

"There seems to be disruption [possibly due to] cattle run over. It wasn't a scheduled commercial run," Reuters partner ANI said in a tweet citing the railways ministry.

The train eventually reached New Delhi and will resume a commercial run from Sunday, said the tweet.

The Vande Bharat Express, touted as India's fastest train and built under the Modi government's flagship "Make in India" program, made its first journey Friday from New Delhi to the Hindu holy city of Varanasi.

But on its return to the capital the next day a collision with a cow disrupted electricity supply to four carriages and damaged the brake system, according to Indian Railways.

The train reached the capital "safely" ahead of its first commercial journey on Sunday, she added.

Cattle obstructions on roads and rail tracks are common in India, particularly in Uttar Pradesh state where Saturday's collision happened.