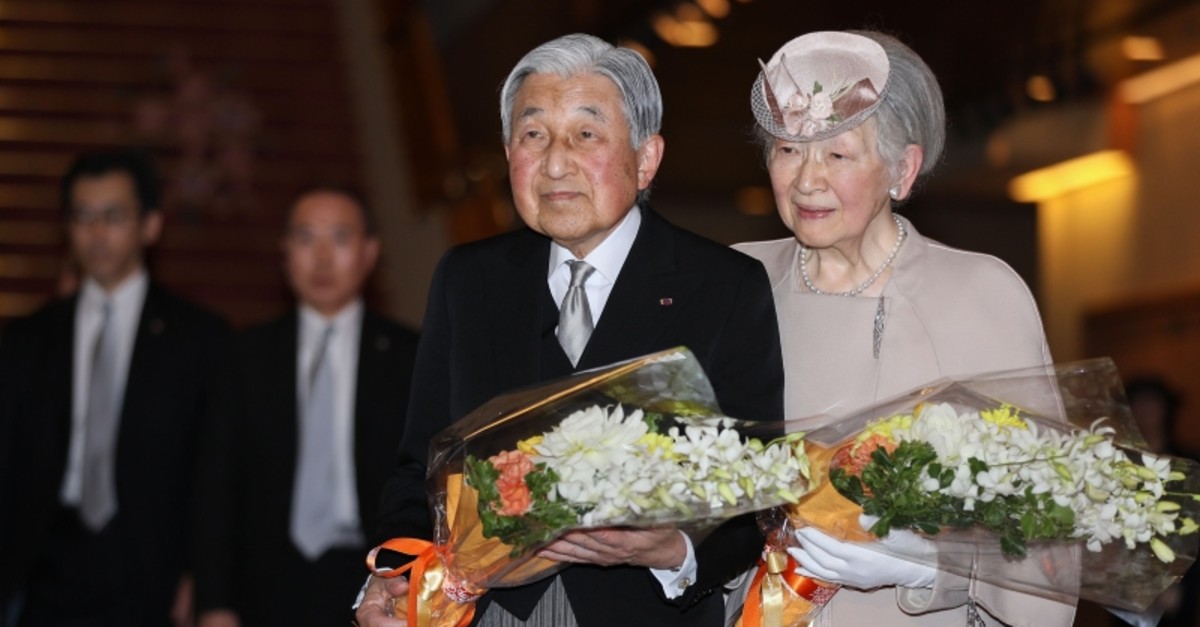 Japan's Emperor Akihito (L) and Empress Michiko depart after attending a ceremony to mark the 30th anniversary of the emperor's coronation to the throne at the National Theatre in Tokyo on February 24, 2019. (AFP Photo)
by Compiled from Wire Services Feb 24, 2019 12:00 am
Japan's Emperor Akihito attended a ceremony on Sunday to mark the 30th year of his reign while calling for the country to embrace openness and forge sincere ties with the world

The government-sponsored ceremony at the National Theater in Tokyo was attended by Japanese Prime Minister Shinzo Abe and Empress Michiko.

"Japan has long cultivated its own culture as an island nation," the 85-year-old emperor said. "But now the world is becoming more globalized. I think it is now required for us to be more open to the outside world, to establish our own position with wisdom and to build relationships with other countries with sincerity."

Akihito's Heisei era will end when he abdicates on April 30 in favor of his elder son, 59-year-old Crown Prince Naruhito, beginning a new, as yet unnamed era.

Crown Prince Naruhito has made clear that he intends to follow in his father's footsteps.

Sunday's ceremony featured a song the imperial couple composed after a 1975 visit to the southern island of Okinawa, ravaged during the war, and which has a special place in their hearts.

The Emperor has cited his deteriorating health as his reason for stepping aside. While his official duties have been scaled back somewhat, he still receives visiting dignitaries, attends ceremonies and makes official visits. Inside the palace, he also performs private rituals of Shintoism, the indigenous religion intertwined with Japan's imperial family.

In a congratulatory speech at the ceremony, Abe said the people will "never forget" how the imperial couple have "always stood by the people for 30 years."

Members of the public signed their names in registers to commemorate the emperor's 30-year reign in front of the Imperial Household Agency building on the Imperial Palace ground.