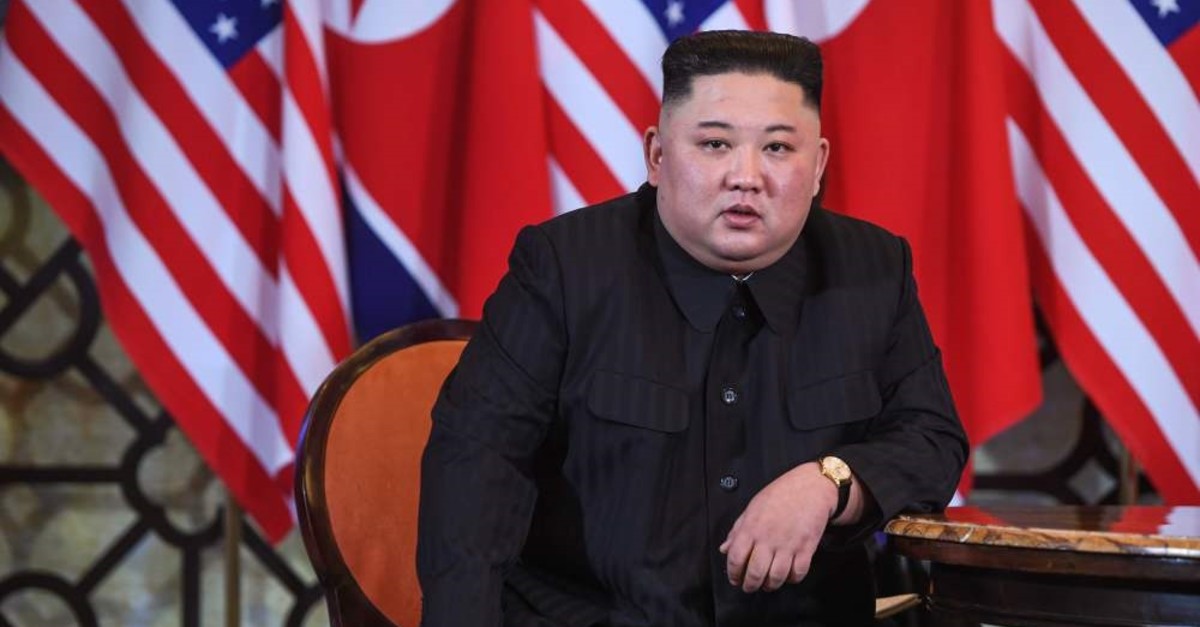 Kim Jong Un's summit with U.S. President Donald Trump may have ended without progress on removing economic sanctions or ending the Korean War, but at least in his dealings on the world stage, the young North Korean leader took another step forward.

In an unexpected first, Kim spoke to foreign journalists yesterday during a photo opportunity in the Vietnamese capital, Hanoi. "I won't make a premature judgement, but my sense is that there will be good results," Kim said of his meeting with Trump, in response to a question from Washington Post reporter David Nakamura.

While Kim's optimism was misplaced, it marked the first time the North Korean leader has ever answer a question from a foreign journalist, and there was more to come.

"There must be people who watch us having a wonderful time, like a scene from a fantasy movie. We have so far made lots of efforts, and it's time to show them," Kim said.

Later, seated across the negotiating table from Trump, Kim was asked by Reuters whether or not he was ready to give up his nuclear weapons. "If I wasn't ready for such a thing, I wouldn't be here," Kim replied. Kim then asked the media for more time with Trump for "sufficient discussion." "Even one minute is precious for us," he said.

Kim's confident interaction with the foreign press is a marked departure from the style of his father and previous North Korean leader Kim Jong Il, who never gave interviews and whose voice was only ever heard twice in publicly available audio recordings. It does, however, bear the hallmarks of Kim's grandfather, founding president Kim Il Sung, who gave interviews to foreign journalists in the 1990s, and even hosted some for drinks on his private yacht. The eldest Kim described the impact of media coverage of journalists visiting North Korea as "very positive."

It was not the first time a foreign journalist had asked a question to Kim Jong Un. In 2013, a journalist from Britain's Channel 4 News shouted "What message are you trying to send to the West?" at Kim Jong Un as he passed a gaggle of reporters at an official event in Pyongyang. That time, Kim did not answer.