North Koreans head to polls to 'vote' in elections 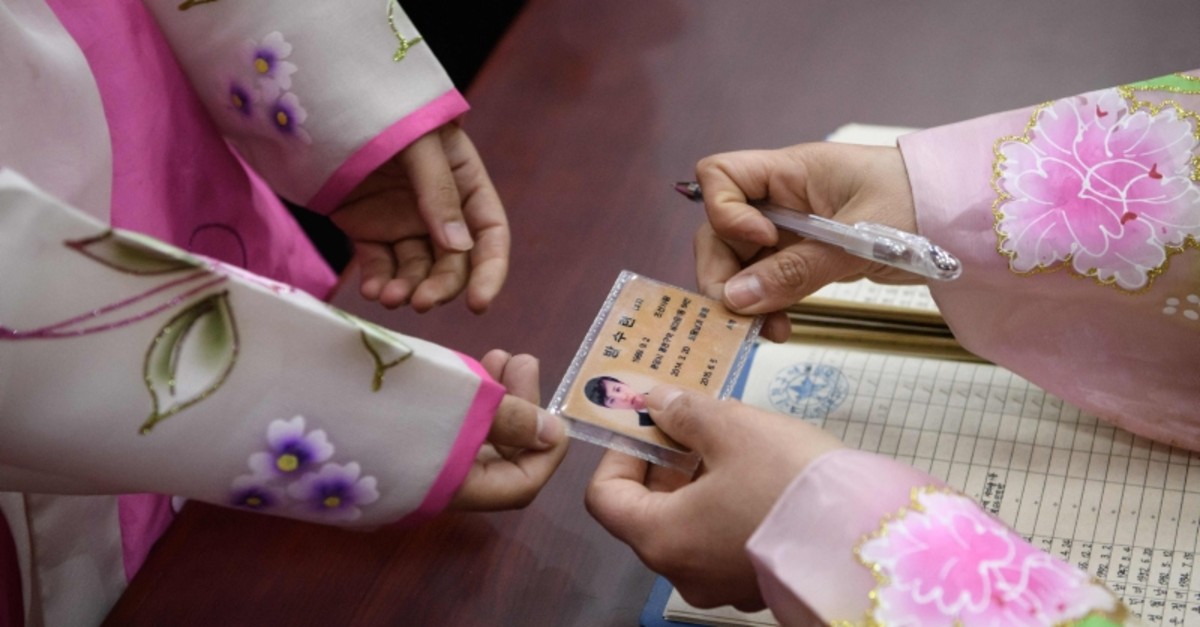 North Koreans went to the polls Sunday for an election in which there could be only one winner.

Leader Kim Jong Un's ruling Workers' Party has an iron grip on the Democratic People's Republic of Korea, as the isolated, nuclear-armed country is officially known.

But every five years it holds an election for the rubber stamp legislature, known as the Supreme People's Assembly.

And in keeping with one of Pyongyang's most enduring slogans -- "Single-minded unity" -- there is only one approved name on each of the red ballot papers.

With portraits of the leader's father Kim Jong Il and grandfather Kim Il Sung looking down on every ballot box, voters lined up to drop their slips inside.

There is a pencil in the paneled voting booths for anyone who might wish to register dissent by crossing out a candidate's name. But no one does.

Turnout last time was 99.97 percent, according to the official KCNA news agency -- only those who were abroad or "working in oceans" did not take part. And the vote was 100 percent in favor of the named candidates, a result unmatched anywhere else in the world.

"Our society is one in which the people are gathered around the respected Supreme Leader with a single mind," election official Ko Kyong Hak told AFP as voters queued at the 3.26 Pyongyang Cable Factory.

Participation in the election was a citizen's obligation, he said, "and there are no people who reject a candidate."

An editorial in the Rodong Sinmun, the mouthpiece of the ruling party, reinforced the message.

Voters "should cast approval ballots with their loyalty to the party and the leader, absolute support to the DPRK government and the will to share their destiny with socialism to the last," it said.

With a total absence of electoral competition, analysts say the election is held largely as a political rite to enable the authorities to claim a mandate from the people.

It was the result of "established institutional inertia and a need to legitimize the government by simulating democratic procedure," said Andrei Lankov of Korea Risk Group.

Soviet-style Communist states had a long tradition of holding general elections, he said, even if the ruling party ignored its own rules about holding regular congresses -- something the North skipped for more than 30 years.

"North Korea is just emulating all other Communist states," he said.

"The early Communists sincerely believed that they were producing a democracy the world had never seen. So they needed elections and it became a very important part of self-legitimization."

The last significant government of a major country to dispense with elections altogether was Nazi Germany, he pointed out.

The North is divided into constituencies for the vote -- there were 686 at the last election in 2014, when Kim stood in Mount Paektu, a dormant volcano on the border with China revered as the spiritual birthplace of the Korean people.

Some of the seats are allocated to two minor parties, the Korean Social Democratic Party and the Chondoist Chongdu Party, which has its roots in a 20th century Korean religious movement.

They are both in a formal alliance with the ruling party and analysts and diplomats say they exist largely on paper, with only small central offices maintained for propaganda purposes.

Even so, participation in the poll, like other obligatory rituals in the North, does reinforce loyalty to the government and social unity, Lankov said, "because humans love symbolism."

It is a marked contrast to the vibrant multiparty democracy on the other side of the Demilitarized Zone dividing the peninsula, where president Park Geun-hye was ousted in 2017 after mass street protests over a corruption scandal.

"The idea that you get to cast your vote and either be on the winning side or the losing side and you don't know what that's going to be until the results come in -- that's a big thing."

Sunday's voting took place in something of a carnival atmosphere in Pyongyang, children in red neckerchiefs parading in the streets to encourage voters to attend.

Bands played at polling stations, where voters lined up in numerical order according to voter lists displayed for days beforehand, and after casting their ballots women danced wearing flowing traditional dresses.

Architecture student Kuk Dae Kwon, 18, said he was excited to be taking part for the first time.

Ordinary North Koreans always express total support for the authorities when speaking to foreign media, and Kuk told AFP: "At this election we consolidate the single-minded unity around the Supreme Leader and also demonstrate the advantages of our socialism to the world."