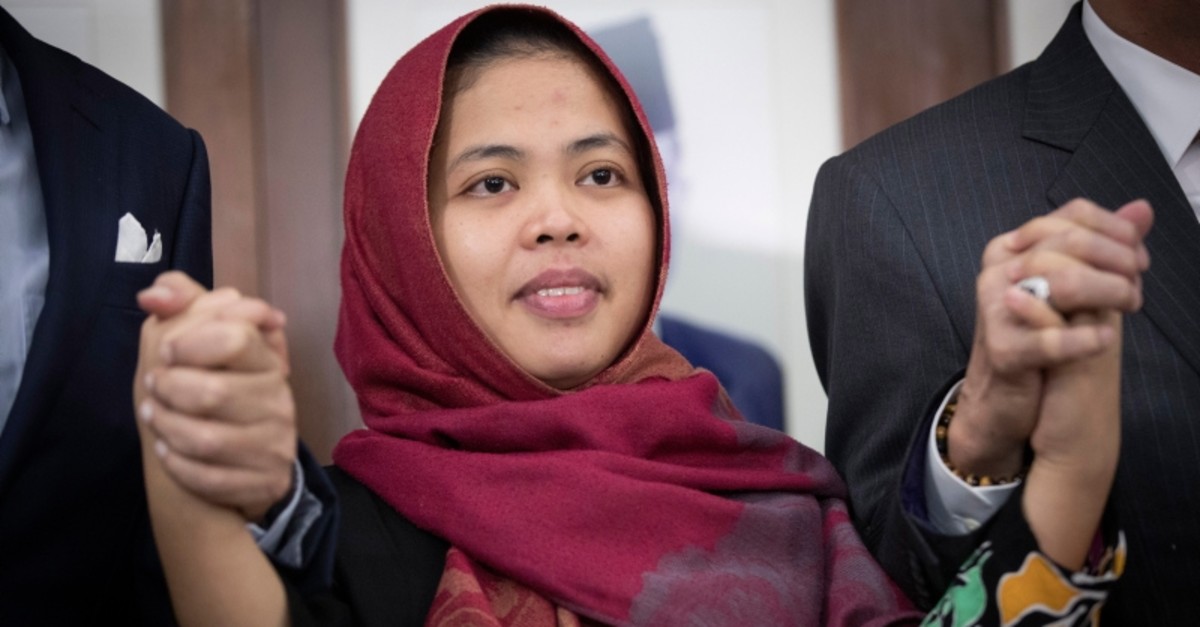 An Indonesian woman held two years on suspicion of killing the North Korean leader's half brother was freed from custody Monday after a Malaysian judge discharged the murder charge against her.

Immediately after the judgment, Siti Aisyah stood up in the dock, cried and hugged her co-defendant, Doan Thi Huong of Vietnam, before she left the courtroom. Huong was to have begun giving her defense in Monday's court session, after months of delay.

Huong's lawyer Hisham Teh Poh Teik told The Associated Press they will seek postponement of her trial. He said Huong was distressed and felt the ruling was unfair to her since the judge previously had found a murder case against them both should go forward.

Prosecutor Iskandar Ahmad said the discharge not amounting to acquittal means Aisyah can be recharged but there are no such plans for now. The reason for the withdrawal of the murder charge was not given.

The two young women were accused of smearing VX nerve agent on Kim's face in an airport terminal in Kuala Lumpur on Feb. 13, 2017. They have said they thought they were taking part in a prank for a TV show. They were the only suspects in custody after four North Korean suspects fled the country the same morning Kim was killed.

Their lawyers have previously said they were pawns in a political assassination with clear links to the North Korean Embassy in Kuala Lumpur, and that the prosecution failed to show the women had any intention to kill. Intent to kill is crucial to a murder charge under Malaysian law.

Malaysian officials have never officially accused North Korea and have made it clear they don't want the trial politicized.

Kim Jong Nam was the eldest son in the current generation of North Korea's ruling family. He had been living abroad for years but could have been seen as a threat to North Korean leader Kim Jong Un's rule.

An emotional Aisyah was quickly ushered out of the courtroom and into a waiting car. She told reporters she had only learned that morning that she would be freed. "I am surprised and very happy."

Indonesian Ambassador Rusdi Kirana said he was thankful to the Malaysian government. Aisyah was expected to return to Jakarta soon.