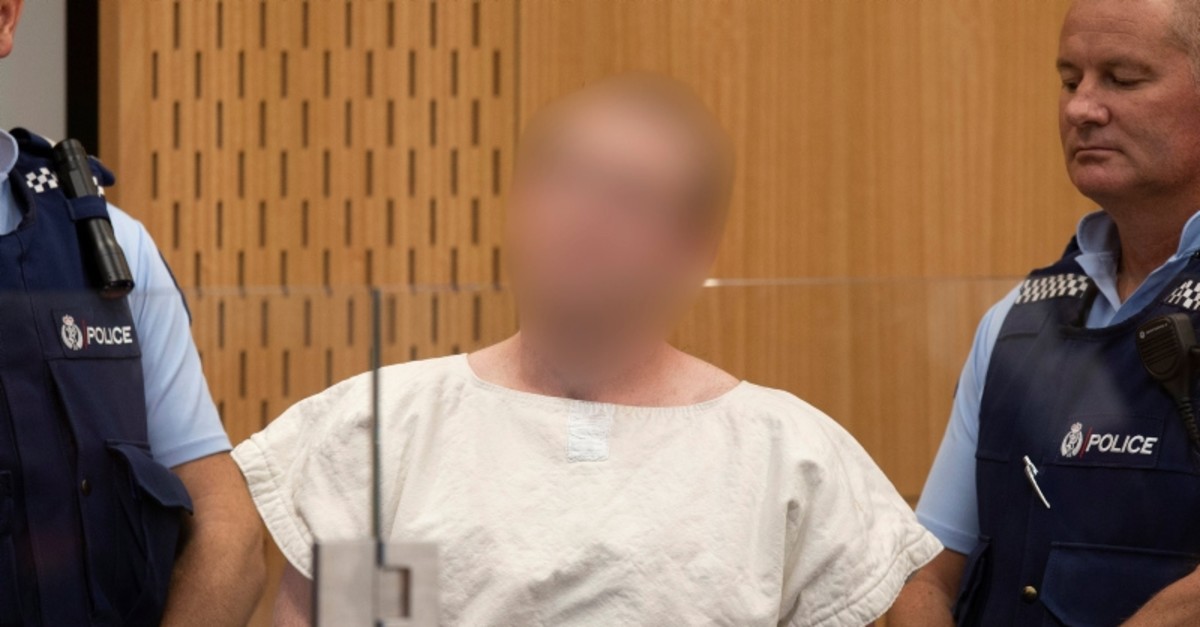 Tarrant visited the Greek island of Crete, and Santorini — a nearby island in the southern Aegean — in March 2016, according to a statement from the ministry of citizen protection.

The Australian flew in from the Turkish city of Istanbul on March 20, 2016 and stayed a few days on the islands.

The terrorist suspect entered Israel in October 2016 on a three-month tourist visa and stayed for nine days, an official with Israel's Population and Immigration Authority told Reuters.

The official said there were no further details available on what Tarrant, 28, did during his stay in Israel. The Australian embassy and New Zealand consulate in Israel did not immediately respond to requests for comment.

Earlier, authorities in Bulgaria, Turkey and Croatia have confirmed that Tarrant, 28, had been to their countries in 2016-2018. Hungarian counterterrorism authorities also suggested that Tarrant had visited but revealed no other information, and local media in Bosnia reported a 2017 trip there.

While the details of Tarrant's travels are sketchy, authorities in those countries said they are investigating his movements and any contacts he might have had with local people.

During his unprecedented, live-streamed shooting spree Friday in Christchurch, Tarrant exposed his apparent fascination with the religious conflicts in Europe and the Balkans — a volatile region that has been the site of some of Europe's most violent clashes.

Tarrant's soundtrack as he drove to the Christchurch mosque included a nationalist Serb song from the 1992-95 Bosnian war that tore apart Yugoslavia. The song glorifies Serbian fighters and former Bosnian Serb political leader Radovan Karadzic — the man jailed at the United Nations war crimes tribunal in The Hague for genocide and other war crimes against Bosnian Muslims.

Tarrant's rifles contained the names of legendary Serbs and Montenegrins who fought against the 500-year-rule of the Muslim Ottomans in the Balkans, written in the Cyrillic alphabet used by the two Orthodox Christian nations.

In a 74-page manifesto that he posted on social media, Tarrant said he was a white supremacist who was out to avenge attacks in Europe perpetrated by Muslims.

While Serbia and Bosnia have not confirmed that Tarrant had visited, police in neighboring Croatia issued a brief statement Saturday saying he was in the country in December 2016 and January 2017. It was not known if his stay was continuous.

Croatia's 24 sata (24 hours) news site said Tarrant left Croatia by plane from the capital Zagreb on Jan. 18, 2017, after visiting the Adriatic coastal cities of Porec, Zadar, Sibenik and Dubrovnik, where he mostly stayed in hostels.

In Bosnia, the local Klix.ba news portal reported that Tarrant arrived in that country from Montenegro in early January 2017.

Bulgaria's chief prosecutor, Sotir Tsatsarov, said Friday that Tarrant last year rented a car and toured more than a dozen cities, visiting historic sites from Nov. 9 to Nov. 15. He was mainly interested in the battles between Christians and the Ottoman army, the prosecutor said.

The Interior Ministry said Bulgaria is coordinating with counterterrorism teams from various countries, including the United States, over Tarrant. An investigation has been launched into whether he had contacts with local citizens, authorities said.

"So far, we do not have any evidence that Tarrant had been involved in terror activities during his stay in Bulgaria," the Interior Ministry's chief secretary, Ivaylo Ivanov, said.

He said police are checking all places and all people he possibly contacted during his weeklong stay in the country last November.

Turkey is also investigating Tarrant's movements during his two reported visits to the country that straddles Europe and Asia and who had three citizens injured in Friday's slaughter.

Public broadcaster TRT World says Tarrant visited Turkey twice in 2016 — on March 17-20 and from Sept. 13 to Oct. 25. The station released a security camera image of him arriving at Istanbul's Ataturk Airport.

Hungary's Counter-Terrorism Center suggested in an email to The Associated Press that he also visited there, saying they are cooperating with other countries to "fully examine the circumstances of (Tarrant's) Hungarian trip and stay."

"The details and phases of this process — for understandable reasons — are not public," the center said.

In Bosnia, many residents said the massacre in New Zealand and Tarrant's mention of Karadzic, who has been convicted of genocide, have brought back their own horrific memories of the Bosnian war, which killed more than 100,000 people.

Tarrant has been charged in New Zealand with murder for having allegedly carried out the shootings at two mosques in Christchurch during Friday prayers, killing 50 people.

His grandmother, Marie Fitzgerald, told Australia's Channel Nine network on Sunday that she believed he had "changed completely" after his travels abroad.