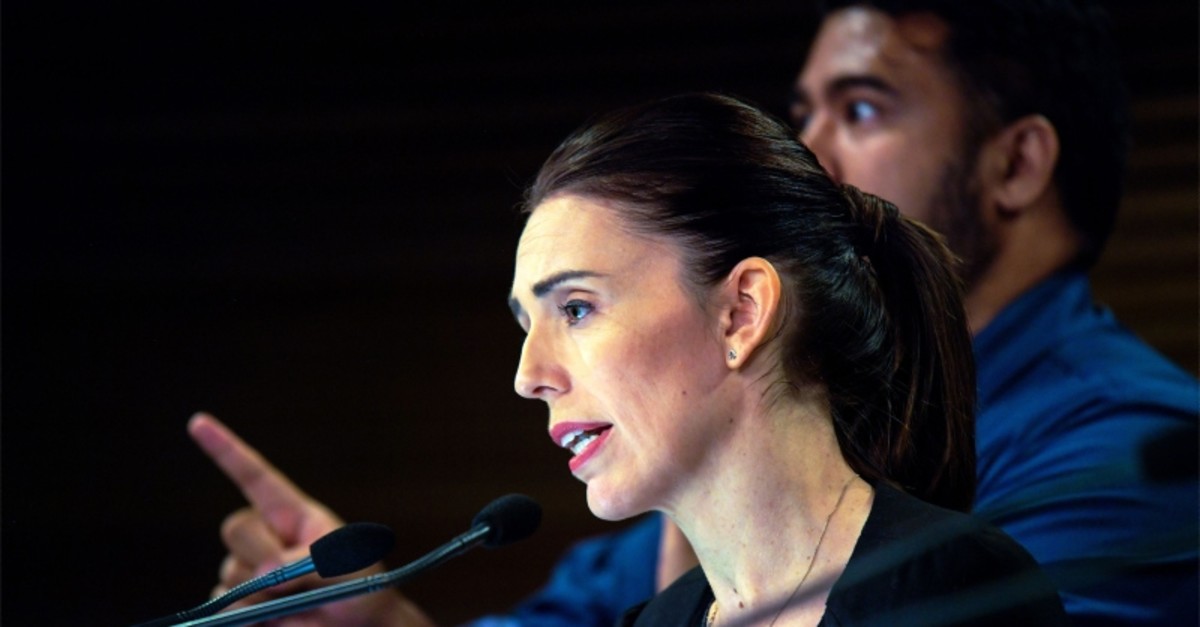 Scarcely 18 months in office, Jacinda Ardern faces an era-defining tragedy for her country -- and is winning praise for meeting the moment with a deft mix of empathy and resolve.

Tragedies like the murder of 50 Muslim worshippers in Christchurch can shape nations.

They can also derail political careers and cement a leader's place in the history books -- for good or for ill.

Barack Obama's tearful public appearance after 20 elementary school children were murdered at Sandy Hook in 2012 and his singing of 'Amazing Grace' at the memorial for slain pastor Clementa Pinckney were seminal moments of his eight years in the White House.

Vladimir Putin's first months in office were thoroughly overshadowed by images of him holidaying on the Black Sea as all 118 submariners aboard the sunken Kursk lay dead.

Within hours of the mosque massacres, Ardern was in Christchurch, wearing a headscarf in a poignant show of solidarity with victims' families.

The next day, in the capital Wellington, she put on the headscarf again and was seen in emotional embraces with members of the shellshocked Muslim community.

The heartfelt expressions of solidarity and shared pain embodied the sense of vulnerability many Kiwis now feel, and offered a powerful rebuttal of the politics of hate.

"She never had to deal with something so horrific," said Vicki Spencer, of the University of Otago's politics department, "nor has any other New Zealand Prime Minister."

But she quickly moved beyond the role of consoler-in-chief to confront the challenges posed by an Australian white supremacist who, unbeknownst to any security agency, was able to come to her country, legally purchase weapons of war, and devastate the nation.

Within hours of the tragedy, Ardern started tackling those challenges, declaring: "I can tell you right now, our gun laws will change."

"I know that there is, understandably, grief in New Zealand right now, but there is anger too, there are questions that need to be answered," she said later in one of many televised interviews, the tone both reassuring and firm.

"Empathy has always been one of her strengths and never has it shown more," said David Farrar of the popular politically-focused Kiwiblog.

"The picture of her in Christchurch wearing a headscarf looking devastated is a powerful iconic image. I think Ardern has been near perfect in her response to the tragedy."

Until the gunman walked into the Al Noor Mosque in Christchurch on Friday afternoon, Ardern was better known around the world as a new mother holding down a difficult and busy job.

She became an instant champion for working women the world over when she brought her infant daughter Neve onto the floor of the U.N. Assembly in New York last year.

Becoming only the second prime minister in the world to give birth while in office -- after Pakistan's Benazir Bhutto in 1990 -- allowed the leader of a small, remote nation of just 4.5 million people to enjoy an extraordinarily high profile.

She has graced talk show host Stephen Colbert's couch, met with celebrities such as Anne Hathaway and shared parenting tips with the panel of NBC's Today Show.

Amid a sea of conservative leaders, the 38-year-old has become a hero to the disgruntled center-left around the world.

Like Canadian Prime minister Justin Trudeau, her advocacy for climate action and gender equality has led her to be branded the anti-Trump.

Like Trudeau, Ardern has not been shy about expressing her displeasure at Trump's politics or leveraging his unpopularity in New Zealand to boost her own.

When Trump called to ask what he could do to help in the wake of the shootings, Ardern had no qualms about divulging their usually private leader-to-leader chat.

"He asked what he could do, and I think I simply conveyed the sentiment that exists here within New Zealand. My message was sympathy and love for all Muslim communities," she said in a news conference broadcast around the world.

According to Spencer, that message to Trump was "clearly genuine and has resonated strongly with New Zealanders."

Despite such a sure political touch, Ardern's luster had been starting to fade at home.

Her legislative agenda had been stymied repeatedly by wiley coalition partner, Winston Peters and his populist New Zealand First party.

At a crisis cabinet meeting Monday, she harnessed the political moment to sweep aside Peters' longstanding opposition to gun control.

The 73-year-old could do little more than stand beside her at the podium and acknowledge "the reality is that after 1 p.m. on Friday our world changed forever."

So did New Zealand politics.