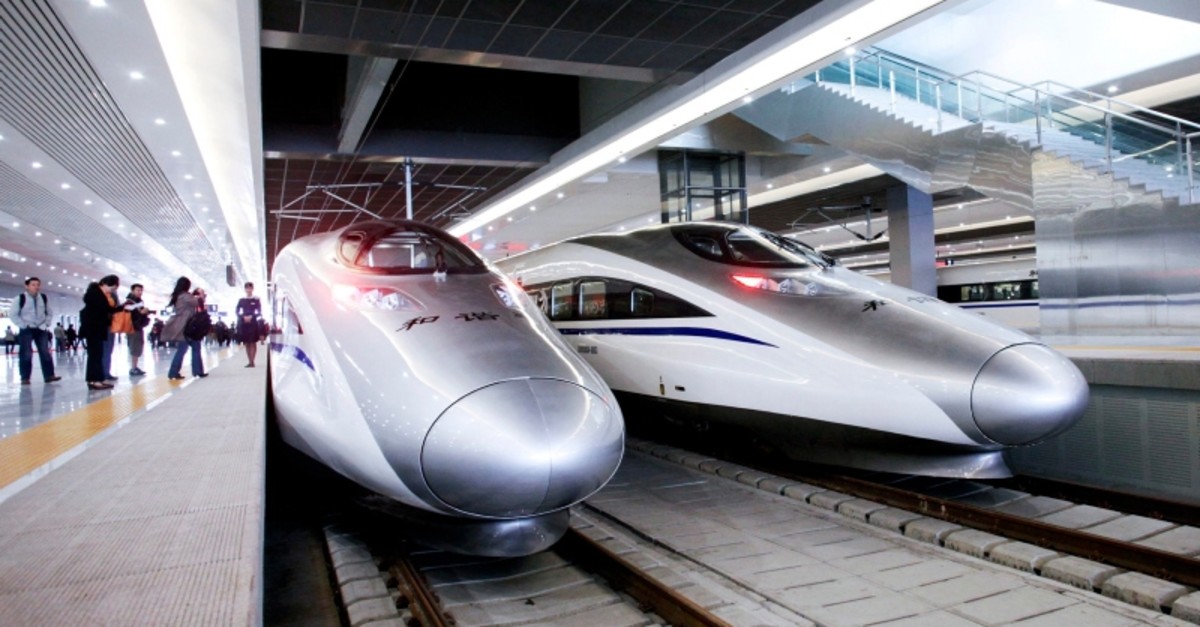 A new high-speed inter-city train that connects Shanghai and Hangzhou waits for passengers prior to the first train's launch in Shanghai, China, on Tuesday, Oct. 26, 2010. (FILE Photo/BLOOMBERG)
by Daily Sabah Mar 19, 2019 8:54 pm

Women in China initiated an online protest Tuesday by posting photos with full faces of dramatic makeup and dark clothing on social media after a goth woman was banned from entering a subway with her "horrifying" makeup choice.

The 20-year-old unnamed woman shared a post on Weibo, a Chinese social media platform, in which she said she was ordered to remove her heavy eye makeup and dark lipstick by security forces while entering the subway in the southern Chinese city of Guangzhou, British daily The Guardian reported.

The woman wrote that a female security guard called her manager saying that her makeup was "problematic and really horrible" and told her to wipe it off if she wanted to get on the subway.

"As a Chinese citizen, I'm hoping to use this relatively public platform to challenge the authorities: What laws grant you the right to stop me and waste my time?" she wrote in the post.

She further argued that she wants to know whether there is a single law that restricts people from wearing gothic clothing or makeup to travel on the subway.

The officials from the subway later apologized following backlash on social media, announcing that they had suspended the staff member involved in the incident while more than 5,000 Weibo users began posting selfies of themselves in full goth makeup and dark clothing with the hashtag "ASelfieForTheGuangzhouMetro."

Conspicuously dark gothic makeup and fashion, often referred to as "lolita" fashion in China, is a subculture popular in Japan and now increasingly so in mainland China, and takes inspiration from punk fashion, Victorians and Elizabethans.