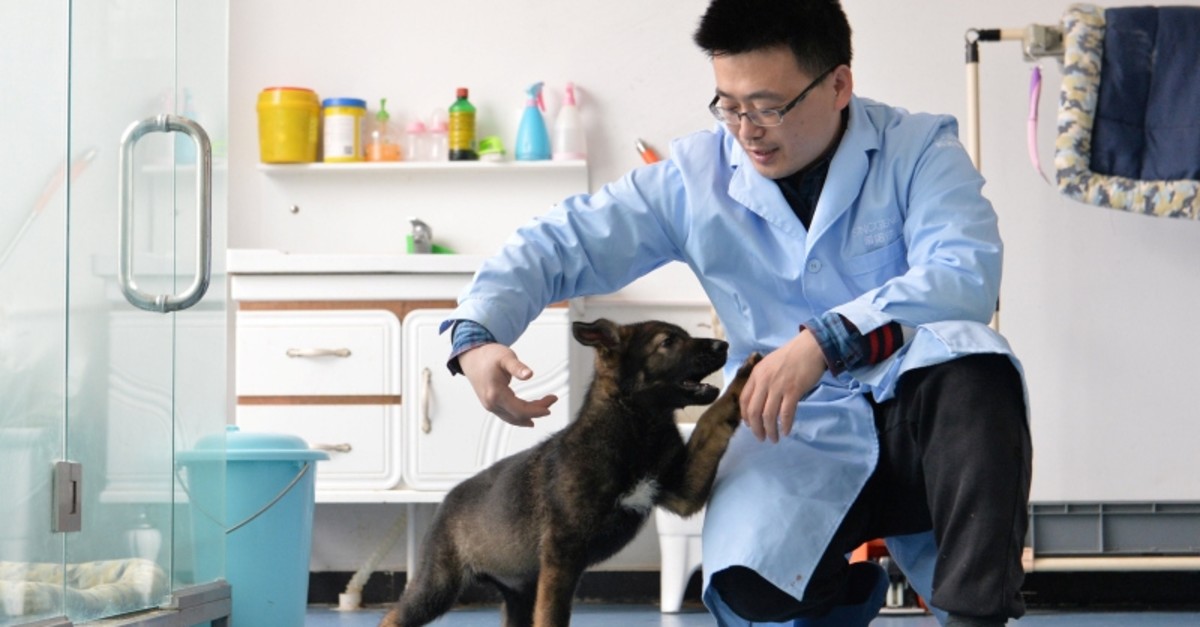 China's first ever cloned K-9 police dog has started training at a police base in the country's southeast as of March 5, media reports said Wednesday.

The two-month-old wolfdog was cloned from a seven-year-old female wolfdog by Yunnan Agricultural University and Beijing Sinogene Biotechnology Co Ltd, a company engaged in commercial pet cloning and gene editing technology services, under a program set by China's Ministry of Public Security.

The dog named "Kunxun" was cloned from the dog "Huahuangma", a dog that bears the nickname 'Sherlock' due to its success in cracking dozens of murder cases.

Once its training in drug detection, crowd control and searching for evidence is complete, Kunxun will begin his duties at the Kunming Police Dog Base in southwestern China's Yunnan province.

Kunxun was born via cesarean section after technicians obtained a sample from Huahuangma's skin to create a cloned embryo. The embryo was then implanted into a beagle.

Local media reported that the cloned dog, weighing 540 grams and measuring 23 centimeters long, has a DNA that is 99.9 percent identical to that of Huahuangma.

Authorities say they decided to go this route because it takes four or five years to train successful detective dogs and it costs about half a million Chinese yuans ($74.857), reports said, adding that there is no guarantee of success in this process.

Wan Jiusheng, a senior researcher at the Kunming Police Dog Base said that the police dogs will start training 75 days after they are born, however, "If everything goes well, Kunxun can start working after 10 months of training."

"Kunxun has shown good aptitude on sniffing, detecting and adapting unfamiliar environment in our ability tests," said Wan adding, "It seems like that its genetic potential is better than other Kunming wolfdogs."