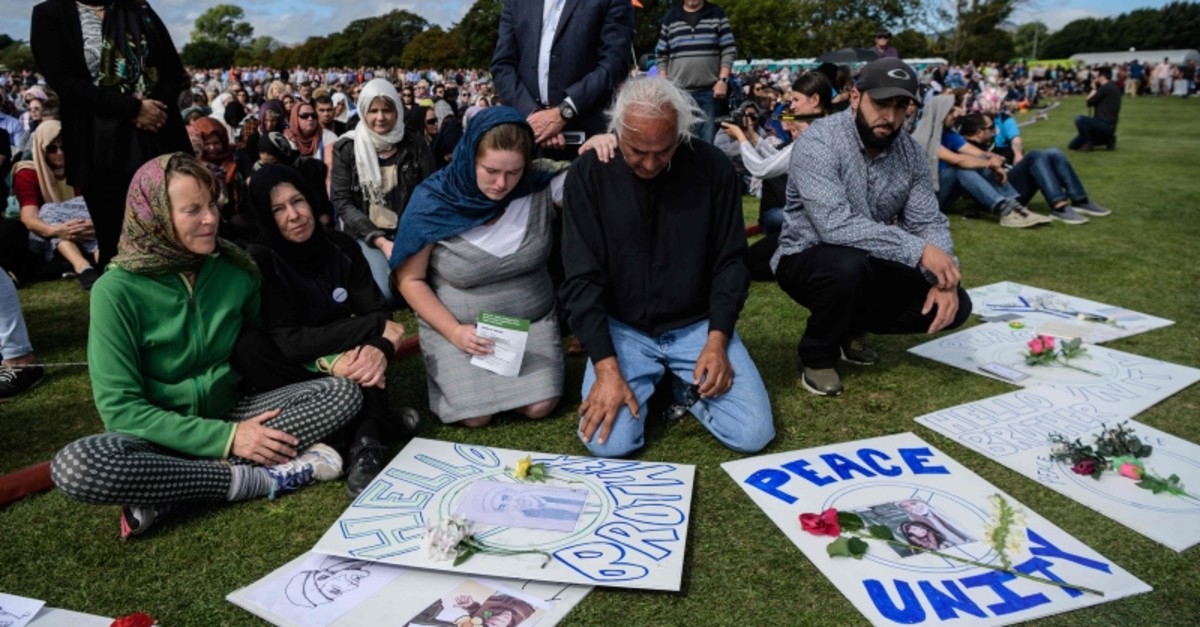 Women all over New Zealand put on headscarves on Friday to show solidarity with Muslims a week after 50 people were killed at two mosques in the city of Christchurch.

A doctor in Auckland, Thaya Ashman, came up with the idea to encourage people to wear a headscarf after hearing about a woman who was too scared to go out as she felt her headscarf would make her a target for terrorism.

"I wanted to say: 'We are with you, we want you to feel at home on your own streets, we love, support and respect you'," Ashman said.

"Why am I wearing a headscarf today? Well, my primary reason was that if anybody else turns up waving a gun, I want to stand between him and anybody he might be pointing it at. And I don't want him to be able to tell the difference, because there is no difference," said Bell Sibly, in Christchurch.

Many Muslim women cover their heads in public with the hijab as a sign of modesty, although some critics see it as a sign of female oppression.

A woman police officer kept guard at a Christchurch cemetery, where shooting victims were buried on Thursday, with a scarf over her head and an automatic weapon in her hands.

Rachel MacGregor, who is involved in the Head Scarf for Harmony campaign, said she had felt anxious going out with her head covered, with people staring when she entered her office building.

"It's given me for the first time an appreciation for what it must be like to be a minority and to wear clothing that perhaps the majority don't normally wear," she said by telephone from Auckland.

Both headscarves and the niqab, the full-face Islamic veil, have stirred debate in countries around the world. Some have tried to restrict the items, the niqab in particular, others have called for women to wear them.

In an unsigned opinion piece on Stuff.co.nz, a Muslim woman called the movement "cheap tokenism".

"The attack in Christchurch was not just about Muslims, it was against any person of colour in a 'white' country so this focus on hijabs is derailing the examination of white supremacy, systematic racism, Orientalism and bigotry," she said.

A professor and former journalist, Asra Nomani, in Washington, who has campaigned for Muslim reform, urged women not to wear a headscarf for harmony.

"It is a symbol of purity culture antithetical to feminist values. We have women in jail and dead, for refusing the interpretation of Islam you promote," Nomani said on Twitter.