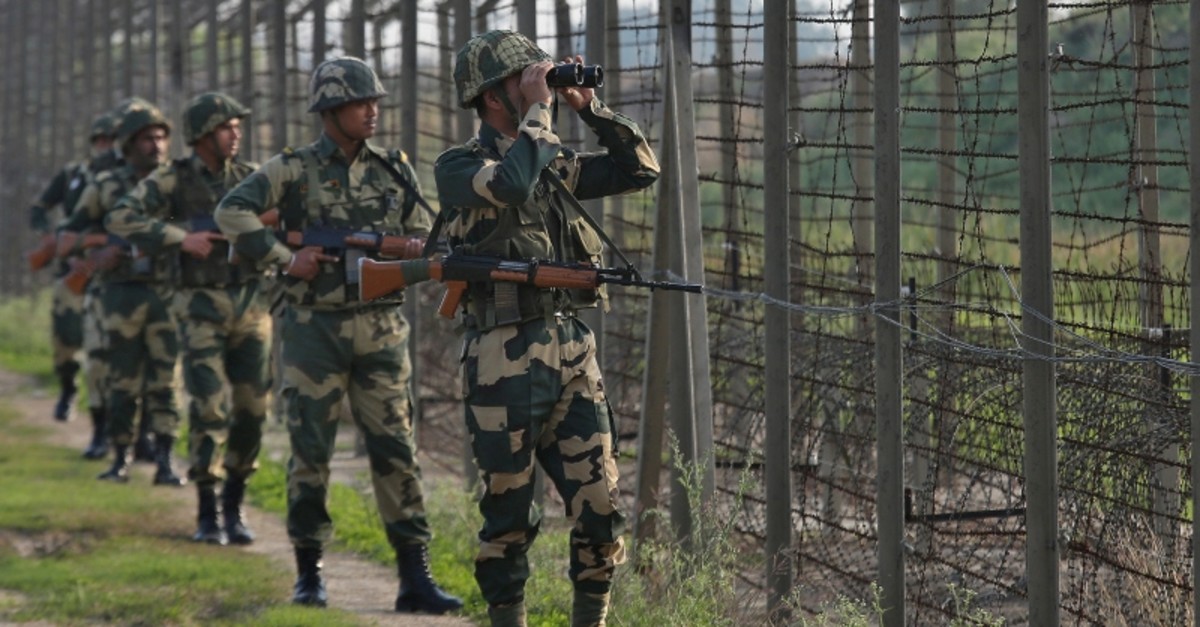 Pakistan and India traded fire in the disputed Himalayan region of Kashmir, leaving seven people dead — three Pakistani soldiers, a Pakistani villager, an Indian woman and a girl and a member of the Indian paramilitary troops, officials said Tuesday.

The fatalities were some of the highest since tensions flared between the rival nuclear-armed nations after a suicide bombing killed 40 Indian troops in Indian-administered Kashmir in February.

Pakistan's military said Indian troops targeted its military positions overnight in the border town of Rakhchakri in Pakistani-controlled part of Kashmir. Along with the three soldiers killed, a fourth was wounded, the army said. The statement added that Pakistani soldiers "responded effectively."

The Indian fire also killed a 70-year-old Pakistani villager in a remote area of Niaza Per on Monday evening, according to Pakistani police official Waheed Qureshi.

In India, the army accused Pakistani troops of firing mortars and small-arms fire Monday along the disputed frontier, the highly militarized so-called Line of Control, hitting the sector of Poonch in Indian-controlled Kashmir. It said Indian soldiers retaliated.

Indian police officer M.K. Sinha said an Indian paramilitary officer, a woman and a girl were killed while at least 18 civilians and five troops were wounded.

The cross border firing resumed on Tuesday morning, after a brief lull, he said.

Days after the Feb. 14 suicide attack in Kashmir, India launched an airstrike inside Pakistan, saying it targeted militants from the Pakistan-based Jaish-e-Mohammed militant group who had claimed responsibility for the bombing.

Pakistan retaliated and said it shot down two Indian air force planes; one Indian pilot was captured and later released and handed back to India amid signs of easing tensions. Pakistan said Washington, Moscow, Beijing and Riyadh helped avert all-out fighting but tensions remained. Islamabad later claimed no Pakistani was linked to the attack and that Jaish-e-Mohammed had no training camps inside Pakistan.

The group was founded by Pakistani militant Masood Azhar after his release from prison in India in 1999 in exchange for 155 hostages held on an Indian Airlines flight hijacked in Kandahar, Afghanistan. Azhar is believed to be seriously ill, living at an undisclosed location.