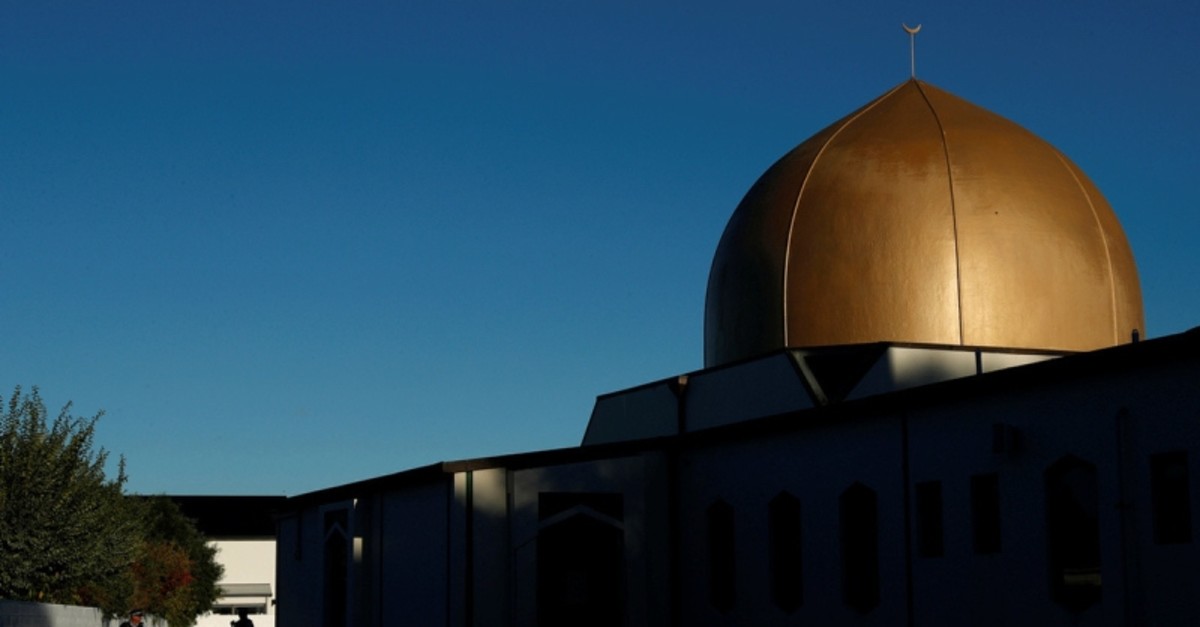 Armed police officers stand guard outside Al Noor mosque where more than 40 people were killed by a white supremacist during Friday prayers on March 15, in Christchurch, New Zealand April 1, 2019. (Reuters Photo)
by Associated Press Apr 15, 2019 9:40 am

Six people appeared in a New Zealand court Monday on charges they illegally redistributed the video a terrorist livestreamed as he shot worshippers at two mosques last month.

Christchurch District Court Judge Stephen O'Driscoll denied bail to businessman Philip Arps and an 18-year-old suspect who both were taken into custody in March. The four others are not in custody.

The charge of supplying or distributing objectionable material carries a penalty of up to 14 years imprisonment. Arps, 44, is scheduled to next appear in court via video link on April 26.

The 18-year-old suspect is charged with sharing the livestream video and a still image of the Al Noor mosque with the words "target acquired." He will reappear in court on July 31 when electronically monitored bail will be considered.

Police prosecutor Pip Currie opposed bail for the 18-year-old suspect and said the second charge, involving the words added to the still image, was of significant concern.

New Zealand's chief censor has banned both the livestreamed footage of the attack and the manifesto written and released by Brenton Harrison Tarrant, who faces 50 murder charges and 39 attempted murder charges in the March 15 attacks.