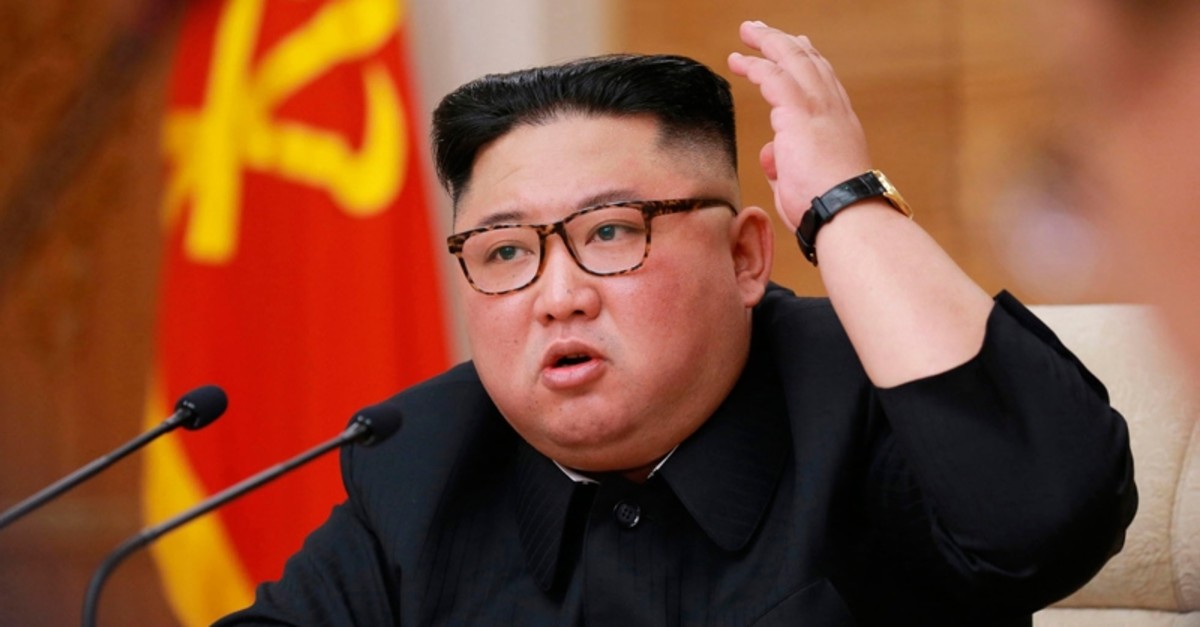 In this April 9, 2019, file photo provided by the North Korean government, North Korean leader Kim Jong Un addresses the Political Bureau of the Central Committee of the ruling Workers' Party of Korea in Pyongyang. (KCNA via AP)
by Associated Press Apr 18, 2019 3:18 pm

North Korean leader Kim Jong Un will visit Russia later this month, the Kremlin said Thursday, in a meeting that offers President Vladimir Putin an opportunity to emerge as a broker in the long-running nuclear standoff and raise Russia's profile in regional affairs.

The Kremlin said in a brief statement Thursday that Kim will visit Russia "in the second half of April" on Putin's invitation, but gave no further details.

Russian media have been abuzz in recent days with rumors about the rare meeting between the leaders.

Putin is set to visit China later this month, and some media speculated that he could meet with Kim in Vladivostok, the far eastern port city near the border with North Korea.

Kim said last week that he is open to a third summit with U.S. President Donald Trump, but set the year's end as a deadline for Washington to offer mutually acceptable terms for a deal. The North Korean leader blamed the collapse of his February summit with Trump on what he described as unilateral demands by the U.S.

For Kim, the meeting may allow him to expand his options in talks with Trump and also balance the influence of China, the main ally and sponsor of the communist North.

Moscow maintained close ties with Pyongyang during the Soviet era, building dozens of factories and key infrastructure, sending supplies and providing weapons for the North Korean military. Those ties withered after the 1991 Soviet collapse, when Moscow cold-shouldered former Soviet allies amid the nation's economic meltdown.