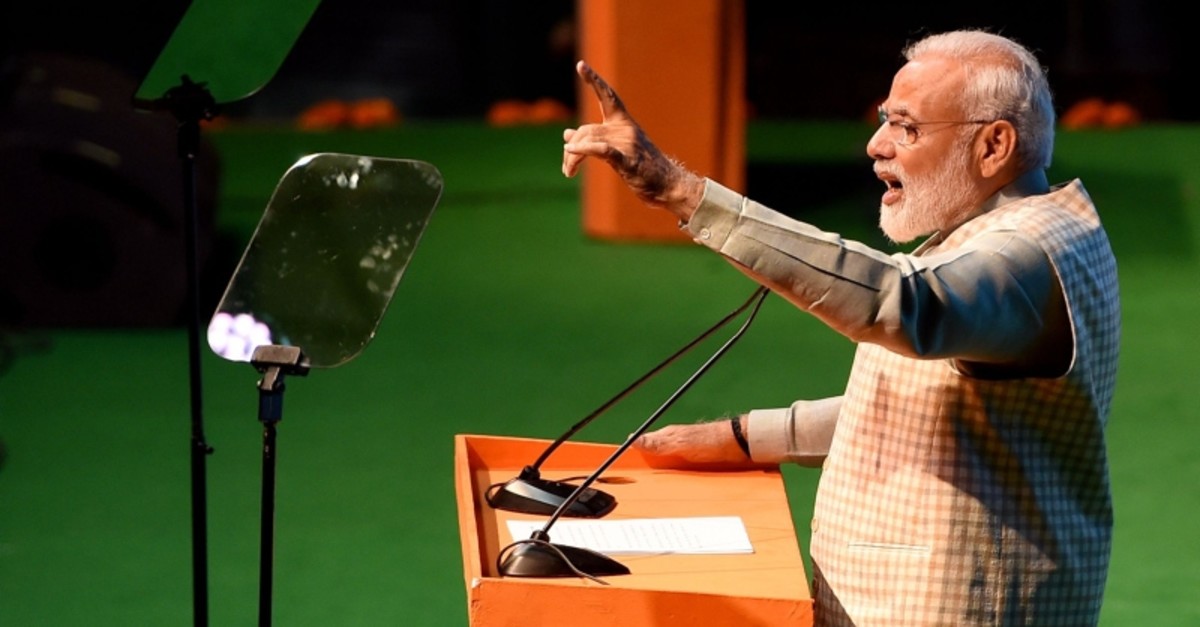 India's poll watchdog Saturday ordered producers to stop streaming a web series on Prime Minister Narendra Modi, weeks after it banned a Bollywood film and clamped down on a TV channel devoted to the Hindu nationalist premier.

The Election Commission of India -- an autonomous body tasked with overseeing the world's biggest democratic exercise -- said the online web series was in violation of its rules.

Under Indian election regulations, the publication of any content which is deemed as campaign material or propaganda is not allowed during the voting period.

Any political advertising must also be approved by the election authorities so that all spending is accounted for.

India's mammoth six-week vote began on April 11 and will run until May 19, with results due on May 23.

When it ordered a halt to the streaming of the online series, the commission said any biopic material which has the "potential to disturb the level playing field" should not be displayed until after the polls have closed.

The series, titled "Modi: Journey of a Common Man" is produced by Eros Now and traces Modi's journey from childhood to becoming the prime minister of the world's largest democracy.

Earlier this month, the commission banned the release of a flattering movie about Modi until after voting finishes.

Days later it ordered a clampdown on NaMo TV, a channel showing 24-hour programs on Modi rallies, speeches, and even rap songs and dance routines devoted to the leader.

The Election Commission said NaMo TV had to submit all of its content for approval.

The Hindu nationalist Modi, 68, is seeking a tough re-election after storming to power in 2014.

He often uses his humble upbringing as a tea-seller's son to strike a chord with millions of poor voters.

The election commission -- often accused of being ineffective -- has been flooded with complaints since campaigning started in March.

Last week, the Supreme Court told it to act tough on complaints of poll violations by political leaders.