At least 290 killed in multiple explosions in Sri Lanka 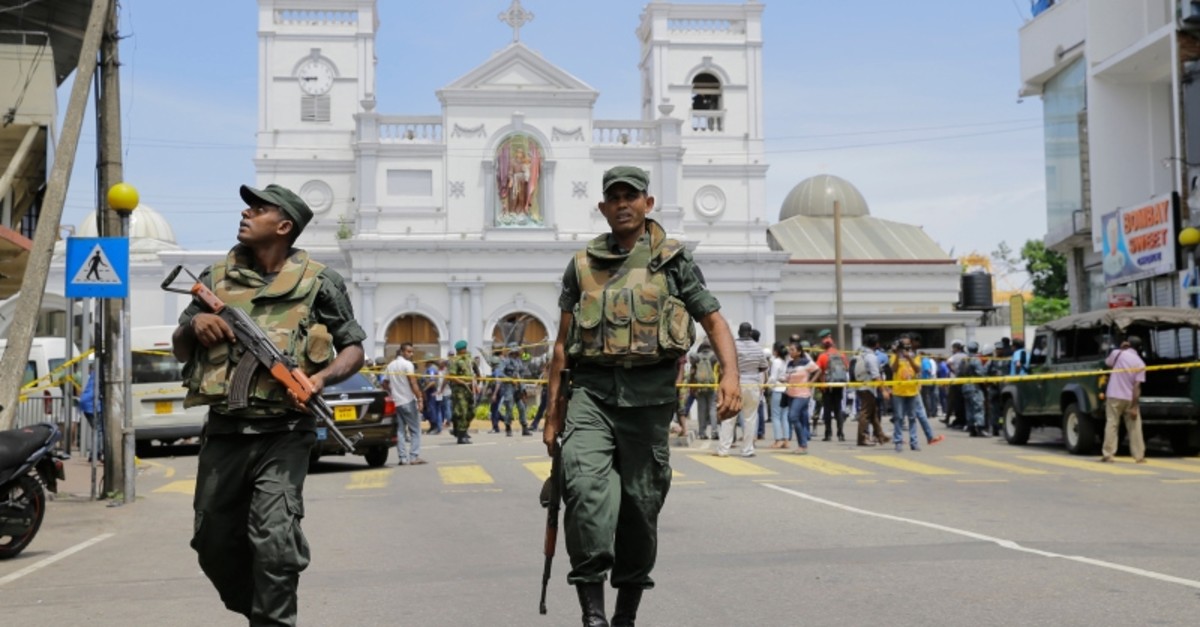 At least 290 people were killed and more than 450 hospitalized from injuries in near-simultaneous blasts that rocked three churches and three hotels in Sri Lanka on Easter Sunday, the state-run Daily News reported.

Another explosion, the seventh, was reported in Dehiwela, near Sri Lanka capital, while one more blast hit the Sri Lankan capital of Colombo, the eighth explosion in the country in a single day, police said.

Eight people have been arrested in connection the string of blasts, Sri Lanka's prime minister said.

Prime Minister Ranil Wickremesinghe said "so far the names that have come up are local," but that investigators would look into whether the attackers had any "overseas links."

Sri Lanka's government imposed a nationwide curfew Sunday that police said would go into effect immediately and would last "until further notice," after a string of deadly blasts.

Sri Lanka's defense ministry initially said the curfew would be imposed overnight, but the police subsequently said it would go into effect straight away.

A group that monitors internet censorship said late Sunday that Sri Lankan authorities have also blocked most social media services in the country following the attacks.

Sri Lankan officials said they were temporarily blocking social media to curtail the spread of false information and ease tensions. The defense ministry said the shutdown would extend until the government concludes its investigation into the bomb blasts that rocked churches and luxury hotels.

Two of the blasts were suspected to have been carried out by suicide bombers, according to the official, who spoke on condition of anonymity as he was not authorized to speak with reporters.

St. Anthony's Shrine and the three hotels where the blasts took place are in Colombo and are frequented by foreign tourists.

The explosions took place almost simultaneously. The first was reported in a church located in the capital. The other blasts followed within half an hour.

One of the churches targetted was St Anthony's in Colombo. The other two were St Sebastian's in Negombo, some 30 kilometers from the capital and another in Batticaloa, 250 kilometers east of the capital.

Police and hospital sources in Batticaloa said that at least 25 deaths were reported from that explosion while 25 people were killed in Colombo.

Officials have not spoken of a terrorist attack, but the blasts appeared to target religious places and the economy, according to initial local media reports.

Police spokesman Ruwan Gunasekera said that the injured were being evacuated while security forces have cordoned off the areas and search operations are underway.

The injured included foreigners staying at the three five-star hotels - the Cinnamon Grand, Kingsbury and Shangri-La located in the heart of Colombo.

British officials were supporting the relatives of the victims and were continuing to work with the relevant authorities to obtain further information, a spokeswoman for Britain's Foreign and Commonwealth Office said.

Two Turkish nationals, one Dutch, one Chinese and one Portuguese were killed, their respective foreign ministries confirmed.

The Turkish nationals, Serhan Nariçi and Yiğit Çavuş, were engineers working on a project in Sri Lanka, Anadolu Agency said, citing Turkey's ambassador to Sri Lanka and the Foreign Ministry.

"Unfortunately we lost our citizens...in the treacherous attacks in Sri Lanka," Foreign Minister Mevlüt Çavuşoğlu said in a statement. Çavuşoğlu said the ministry was in contact with their families and it would ensure that the funerals were held in Turkey shortly.

"While many details of the attacks are still emerging, we can confirm that several US citizens were among those killed," he said in a statement.

"The U.S. Embassy is working tirelessly to provide all possible assistance to the American citizens affected by the attacks and their families," Pompeo said.

Security in the capital and the airport has been stepped up following the incidents.

President Maithripala Sirisena in an address said he was shocked by the explosions and appealed for calm.

Finance Minister Mangala Samaraweera, writing on his verified Twitter account, said the attacks had killed "many innocent people" and appeared to be a "well-coordinated attempt to create murder, mayhem & anarchy."

President Recep Tayyip Erdoğan also strongly condemned terrorist attacks in Sri Lanka, saying it is a crime against humanity as he extended condolences to the families of the victims.