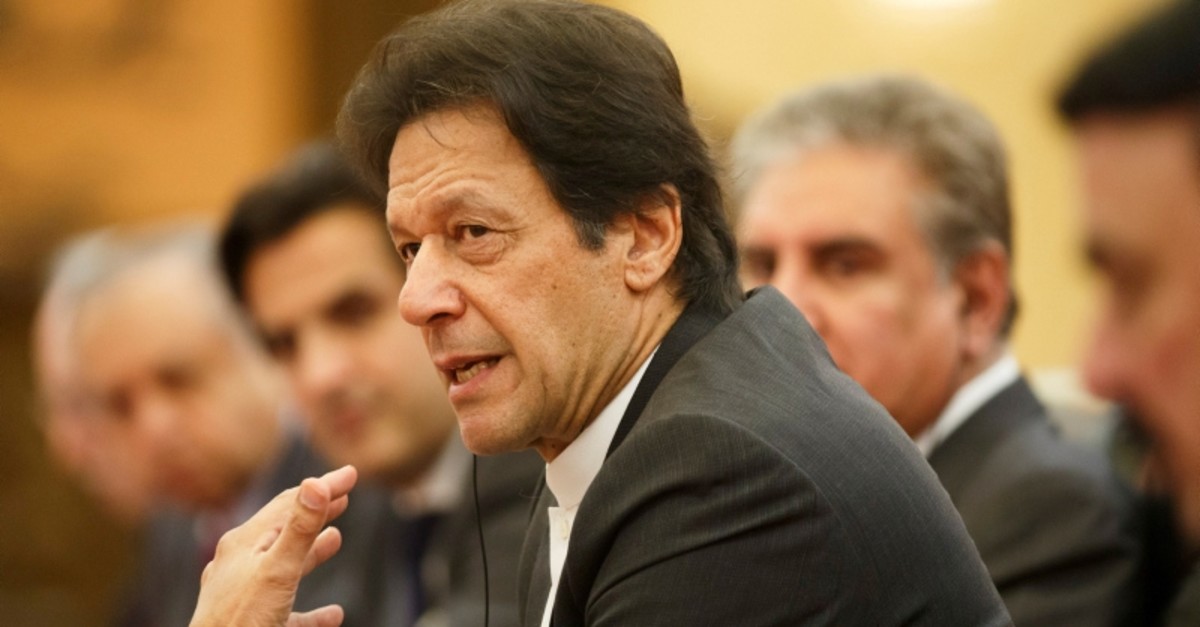 Khan began his two-day visit with a stop in the northeastern city of Mashhad, Iran's second largest and home to the shrine of Imam Reza who is revered by Shiite muslims, state television said in a live broadcast.

After visiting the shrine, Khan was to fly to Tehran where on Monday he is expected to hold talks with President Hassan Rouhani and other top officials.

The state-run IRNA news agency said Khan's trip was expected to help "develop ties between the two countries, especially those related to regional cooperation in fighting terrorism and safeguarding borders".

Iran and Pakistan share a long border that runs near the volatile southeastern province of Sistan-Baluchistan which has witnessed over the years numerous attacks on Iran's security forces.

Iran has said a Pakistani suicide bomber was behind the attack, which was claimed by the Jaish al-Adl terrorist group, which Tehran says operates mostly out of bases in Pakistan.

On Saturday Pakistani Foreign Minister Shah Mehmood Qureshi said Islamabad had evidence the "terrorist outfits" that carried out the attack have "training and logistic camps inside Iranian areas bordering Pakistan".

Balochistan, which borders Afghanistan and Iran, is Pakistan's poorest province and the largest by landmass.