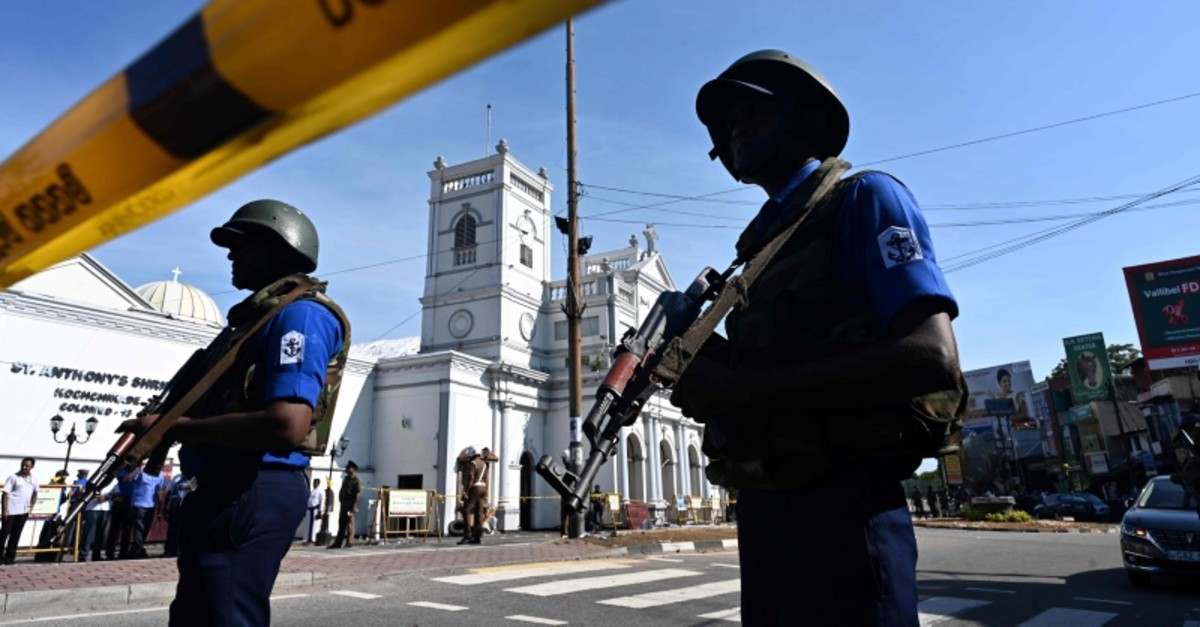 Sri Lankan police found 87 bomb detonators at the main bus station in the capital, Colombo, on Monday, a spokesman said, a day after suicide bombers attacked churches and hotels killing 290 people and wounding about 500.

A van parked near one of the churches that was bombed exploded on Monday, but no injuries have been reported.

Police went to inspect the van Monday after people reported it had been parked near St. Anthony's Shrine since Sunday.

They discovered three bombs that they tried to defuse. Instead, the bombs detonated, sending pedestrians fleeing in panic.

A police source told AFP that a "homemade" pipe bomb had been found late Sunday on a road leading towards the main terminal, which remains open with heavy security after Easter Sunday's deadly bomb attacks.

"It was a homemade bomb, with explosives put into a pipe," said the source.

The bomb was filled with 50-kilograms of explosives, large enough to have caused damage to a 400-meter (400-yard) radius.

The discovery comes after a series of nine devastating bomb blasts ripped through high-end hotels and churches holding Easter services, killing at least 290 people, including dozens of foreigners.

"It was a crude six-foot pipe bomb that was found by the roadside," an air force spokesman said. "We have removed it and safely defused it at an air force location."

There were disruptions to flights, but Sri Lanka's national carrier Sri Lankan has already asked leaving passengers to report to check-in counters at least four hours prior to departure because of tight security checks at the Bandaranaike International airport.

The apparently coordinated attacks were the deadliest to hit the country in the decade since the end of a bloody civil war that killed up to 100,000 people and evoked painful memories for many Sri Lankans.