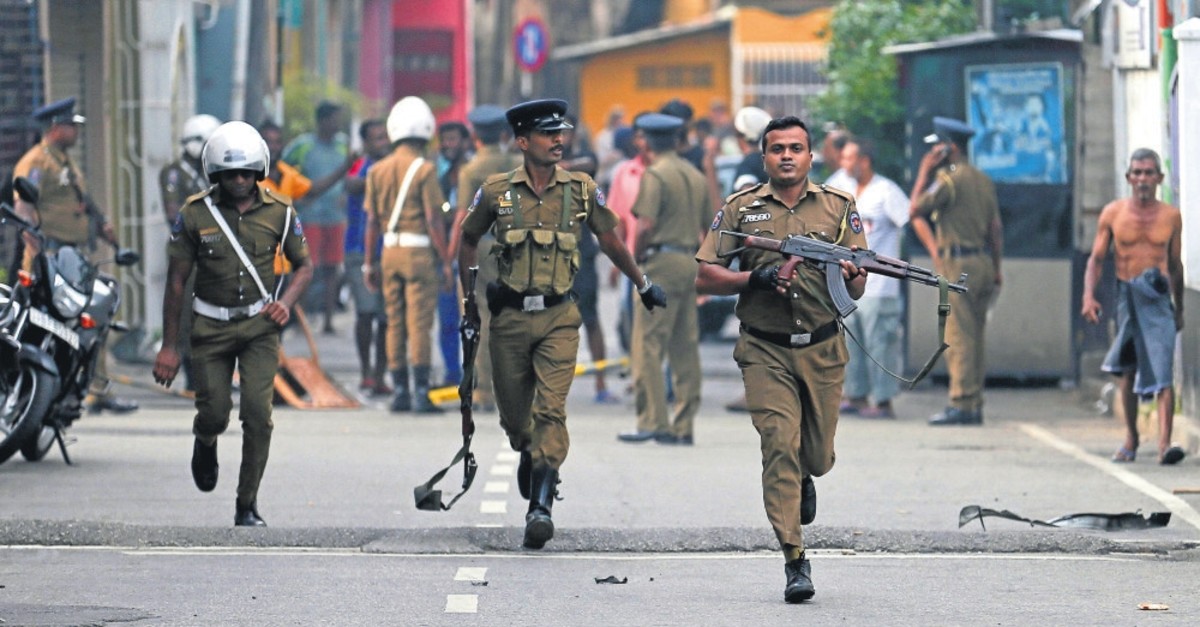 After a series of coordinated blasts killed nearly 300 on Easter Sunday, the terror threat still prevails across Sri Lanka as police are criticized for failing to prevent the attacks

After Sri Lanka was hit with coordinated bombings on Easter Sunday, which killed at least 290 people and injured hundreds, a new bomb went off near a church in Sri Lanka when officials were trying to defuse it, reports said, revealing that terror threats are still ongoing in the country. The explosion happened around 50 meters from St. Anthony's Shrine, one of three churches targeted in a string of suicide bombs on Sunday. A stockpile of 87 detonators were also found close to a main bus stop in the capital. Sri Lanka's capital Colombo was hit by a deadly terror attack on Easter Sunday as the country was struck by a series of eight bombings in churches and at hotels.

The coordinated bombings were carried out by seven suicide bombers from a domestic militant group named National Thowfeek Jamaath, a government official said yesterday. All of the bombers were Sri Lankan citizens, but authorities suspect foreign links, Health Minister Rajitha Senaratne said at a news conference. While anti-Muslim bigotry has swept the island in recent years, fed by Buddhist nationalists, the island also has no history of violent Muslim militants.

Most of those killed were Sri Lankans, but the three bombed hotels and one of the churches, St. Anthony's Shrine, are frequented by foreign tourists. The country's minister of tourism says 39 foreign tourists were killed in the Easter Sunday attacks on churches and hotels, while another 28 were wounded. Denmark's richest man Anders Holch Povlsen and his wife lost three of their four children in the Easter Sunday attacks in Sri Lanka, a spokesman for Povlsen's fashion firm said yesterday. The spokesman declined to give any further details, but Danish media said the family had been on holiday in Sri Lanka. Two Turkish engineers were among the people who lost their lives in Sunday's terrorist attacks.

The U.S. State Department, meanwhile, warned of further attacks in a revised travel advisory, urging increased caution and adding: "Terrorist groups continue plotting possible attacks in Sri Lanka." Germany and Britain also updated their travel advice for Sri Lanka following a series of Easter Sunday bombings on churches and hotels. The Foreign Ministry in Berlin urged Germans on the island to take precautions and, above all, observe the nationwide curfew imposed by the government. The British government also said tourists should limit their movements until the curfew is lifted and to leave plenty of time to get to the airport in light of stepped up security checks.

Sri Lanka yesterday confirmed that the police had advance information about possible suicide attacks on churches, but they failed to act on the reports before the multiple attacks left over 290 dead. Government spokesman Rajitha Senaratne told a news conference that a senior police officer had circulated a report about the possible attacks, but the information was not shared with Prime Minister Ranil Wickremesinghe or Cabinet ministers. He also called on the country's inspector general of police to resign over the police's failure.

International intelligence agencies warned of the attacks several times starting on April 4, Senaratne said. On April 9, the defense ministry wrote to the police chief with intelligence that included the group's name, he said. On April 11, the police wrote to the heads of security of the judiciary and diplomatic security division, Health Minister Rajitha Senaratne said. Because of political dysfunction within the government, Seranatne said, Prime Minister Ranil Wickremesinghe and his Cabinet were kept in the dark about the intelligence until after the attacks. President Maithrela Sirisena, who was out of the country at the time of the attacks, ousted Wickremesinghe in late October and dissolved the Cabinet. The Supreme Court eventually reversed his actions, but the prime minister has not been allowed into meetings of the Security Council since October.

Meanwhile, two government ministers have alluded to intelligence failures. Telecommunications Minister Harin Fernando tweeted: "Some intelligence officers were aware of this incidence; therefore, there was a delay in action. Serious action needs to be taken as to why this warning was ignored." He said his father had heard of the possibility of an attack as well and had warned him not to enter popular churches. And Mano Ganeshan, the minister for national integration, said his ministry's security officers had been warned by their division about the possibility that two suicide bombers would target politicians.