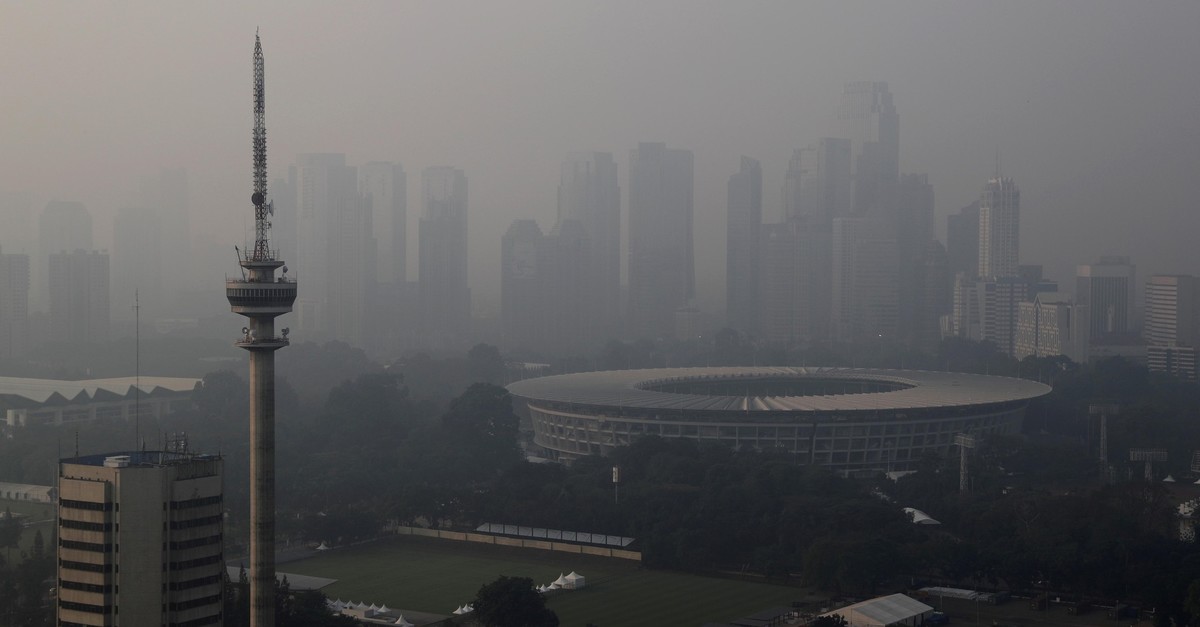 Indonesia's decades long discussion about building a new capital has inched forward after President Joko Widodo approved a long-term plan for the government to abandon overcrowded, sinking and polluted Jakarta.

Planning Minister Bambang Brodjonegoro says Widodo decided at a special Cabinet meeting Monday to move the capital outside of Indonesia's most populous main island of Java.

The site for a new capital hasn't been announced but Palangkaraya in Central Kalimantan province on the island of Borneo, located at the eastern side of the sprawling archipelago, has often been rumored as the favored location.

At the opening of his cabinet meeting, Widodo stressed the need for new thinking about the future.

"We want to think in a visionary way for the progress of this country and moving the capital requires thorough and detailed preparation," he said.

Authorities there had prepared 300,000 hectares of land in case it is chosen as a new government hub, state agency Antara reported this year.

Jakarta has a population of about 30 million in its greater metropolitan area. Brodjonegoro put the annual economic loss due to traffic congestion in Jakarta at 100 trillion rupiah ($7.04 billion).

The low-lying capital is also prone to flooding and is sinking due to over-extraction of ground water. About 40 percent of Jakarta is now below sea level.

In making his decision, Widodo had also taken into account the fact that nearly 60 percent of Indonesia's 260 million people live in Java and economic activities were concentrated there, Brodjonegoro said.

The planning minister did not estimate the cost of moving the capital but said the president had ordered the finance ministry to come up with a financing scheme that allowed participation of private investors.

He said moving the capital could take up to 10 years, citing examples such as Malaysia, Brazil and Kazakhstan.

Widodo's decision comes less than two weeks after private pollsters said he had won an April 17 presidential election, although official results are not due until May 22. His challenger, Prabowo Subianto, has also claimed victory.