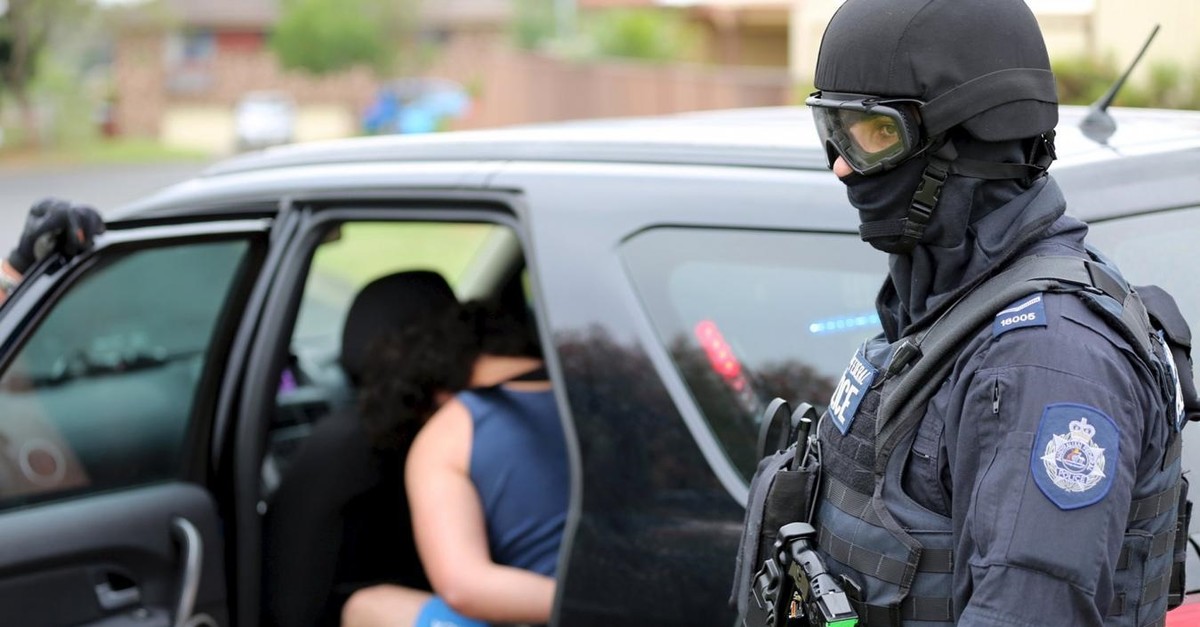 Police said the incident was not being considered terror-related at the moment but "the state protection security branch" was helping with the ongoing investigation.

The man appeared in court early Tuesday charged with manufacturing and possession of explosives.

"I stress they are only views to our knowledge which are being further explored."

Patterson said the man was known to police.

Public broadcaster the ABC said he had come to the attention of the authorities earlier this year for anti-Muslim social media posts.

"There are no indications for violence or threats of violence to any member of the community," Patterson said.

Aerial images from the scene showed police digging in the backyard of the home with explosives experts packing sandbags around four objects placed in the middle of the garden.

The explosion sent puffs of smoke and dust into the air, with some nearby properties evacuated and a no-fly exclusion zone declared.

Police had ordered residents to stay in their homes ahead of the blast.

They later said the detonations were carried out "safely and successfully" with no further concern to people or homes in the area.