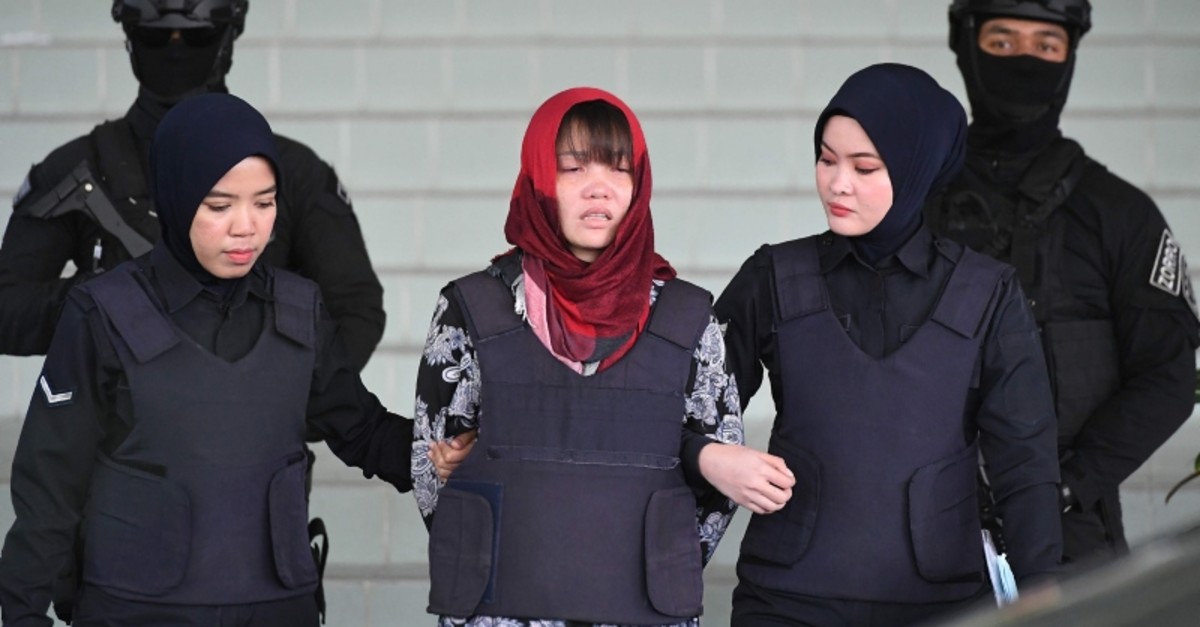 A Vietnamese woman who stood trial for the assassination of the North Korean leader's half-brother was freed from prison Friday, bringing down the final legal curtain on a dramatic and often bizarre two-year murder mystery.

Kim Jong Nam, the estranged relative of Kim Jong Un and once seen as heir apparent to the North's leadership, died in agony after having his face smeared with a banned nerve agent as he waited at Kuala Lumpur airport in February, 2017.

The sensational killing made headlines around the world, and sparked a furious diplomatic row as Seoul accused Pyongyang of an elaborate plot to murder a figure who had spent years in exile and been critical of his family's rule.

Doan Thi Huong from Vietnam and Indonesian Siti Aisyah were arrested after being spotted on CCTV approaching Kim but always denied murder. The women insisted they were tricked into carrying out the hit by North Korean agents who said it was a reality TV show prank and fled Malaysia after the killing.

They went on trial, but in March prosecutors dropped the murder charge against Aisyah after diplomatic pressure and she flew home.

Then last month they withdrew murder charges against Huong, who pleaded guilty to a reduced count of "causing injury" and was told she would be released in May at the end of her sentence.

More than two years after her arrest, the 30-year-old former hair salon worker was freed from prison outside the Malaysian capital at about 7:20 am (2320 GMT Thursday), her lawyer Hisyam Teh Poh Teik told AFP.

Journalists waiting outside the jail saw a van and a car with tinted windows race past, and a court official at the scene also confirmed Huong had been released.

She was expected to head to an immigration office in administrative capital Putrajaya to sort out documentation, before flying to Vietnam in the evening.

While there is relief for the women, no one else is in custody over the murder and those behind the plot are unlikely to ever be punished.

"The assassins have not been brought to justice," said Hisyam, adding the women's legal teams consistently argued that four North Koreans who fled Malaysia after the killing, and were charged in absentia, were the real murderers.

The women were arrested after they were captured on airport CCTV cameras walking up behind Kim as he waited for a flight, and one was seen clasping her hands over his face.

Kim, who fell from grace in the North after a bizarre attempt to visit Tokyo Disneyland, died shortly afterwards, his face smeared with poison.

The women, who faced death by hanging if convicted of murder, went on trial in October 2017 but the case was slow-moving due to the large number of witnesses and appeals from the defense teams.

The defense stage of the trial had been due to get under way in March before prosecutors suddenly dropped charges against Aisyah, 27, following intense diplomatic pressure from the Indonesian government.

Vietnam then stepped up pressure for Huong's murder charge to be dropped and at the start of April prosecutors offered her the lesser charge, paving the way for her release.

Pyongyang has never admitted to killing Kim Jong Nam -- it claims the dead man was a North Korean citizen called Kim Chol, and that the accusations are an attempt to smear it.

The assassination sparked a furious row between North Korea and Malaysia, previously one of nuclear-armed Pyongyang's few allies, and prompted both countries to expel each other's ambassadors.

Ties have improved in recent times however with Malaysia saying it plans to reopen its embassy in Pyongyang, which was closed shortly after the murder.