Bangladeshi plane slides off Yangon runway, injuring all 33 aboard 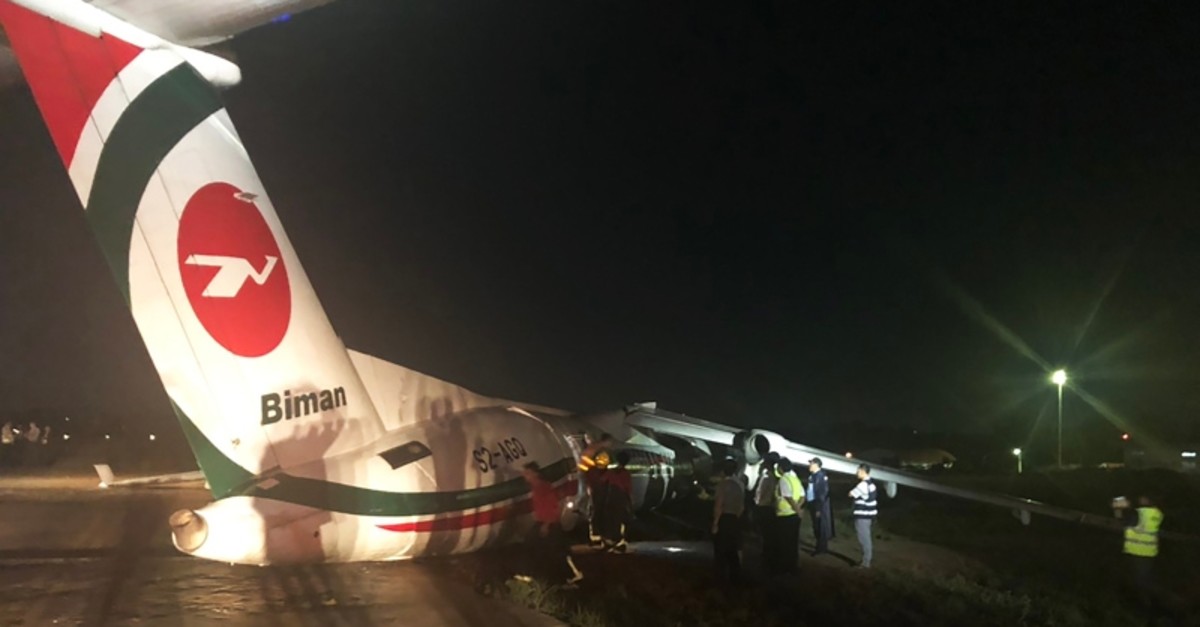 This handout picture taken and released by Myanmar Department of Civil Aviation on May 8, 2019 shows a Biman Bangladesh airlines passenger after it slid off a runway at Yangon International airport in Yangon. (AFP Photo)
by Compiled from Wire Services May 08, 2019 8:58 pm

All 33 people on board a Bangladeshi plane, including two pilots and two crew members, were injured after the plane skidded off the runway at Yangon International Airport on Wednesday evening.

A Biman Bangladesh Airlines Dash-8 Q400 from Dhaka to Yangon skidded off the left side of the runway at Yangon while landing at 6:22 p.m. (1222GMT), the airline announced on social media.

The plane was severely damaged.

Most injuries were minor and 17 people were admitted to a hospital, Manjurul Karim Khan Chowdhury, told Reuters. Eleven others were released after treatment at the airport clinic, local media said.

"The main reason, the pilot told me, was the weather – crosswinds," Chowdhury said, "When he was trying to land... suddenly the aircraft jumped, went up and went down heavily."

A photo published by the Myanmar Times showed the plane halfway off the runway with its fuselage apparently broken.

The airline flies between Yangon and Bangladesh's capital Dhaka four days a week.

A spokesman for Myanmar's Department of Civil Aviation declined to comment, saying the department had not received a report of the incident from the ground.