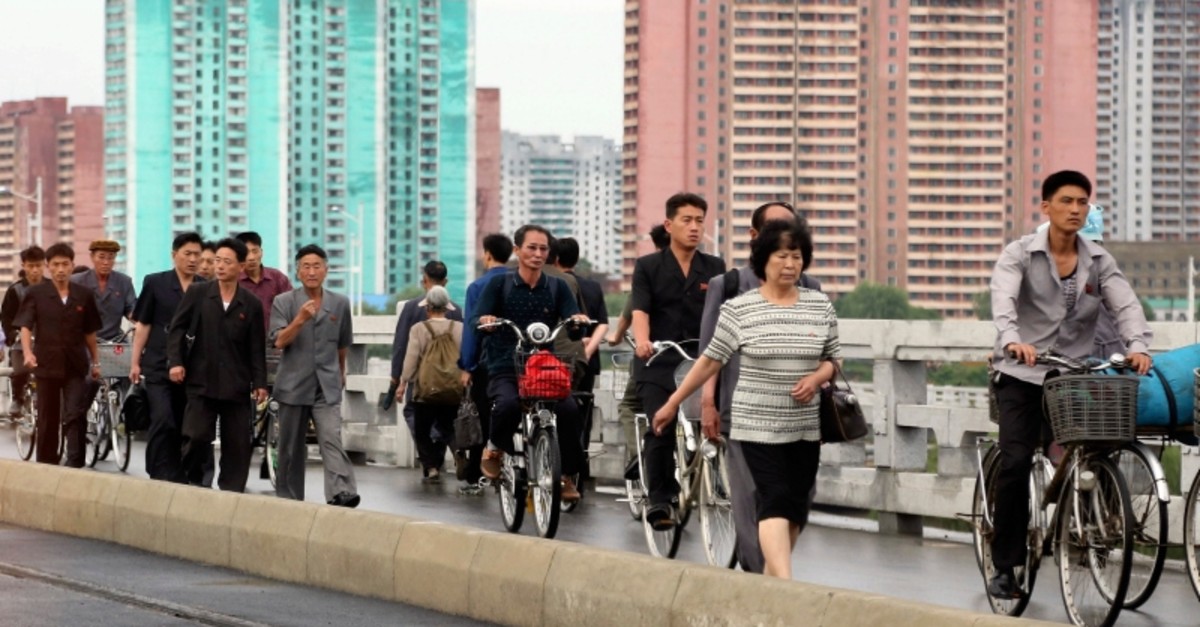 Men and women walk on a bridge as apartment buildings are seen in the background during the morning rush hour in Pyongyang, North Korea, Friday, June 15, 2018. (AP Photo)
by Compiled from Wire Services May 09, 2019 5:35 pm

The top U.S. envoy in Geneva alleged North Korea's rights record "is deplorable and has no parallel in the modern world."

North Korean ambassador told the 47-member forum that "people's rights to life and fundamental freedoms are fully ensured" in his country but that sanctions were hampering their enjoyment.

Ambassador Han Tae Song said in Geneva that North Korea's government made a "devoted effort for the good of the people" and "human rights violations, in whatever form, are intolerable."

North Korea's human rights record was discussed Thursday as part of a U.N.-backed process known as the Universal Period Review, which examines the rights records of all countries roughly every five years.