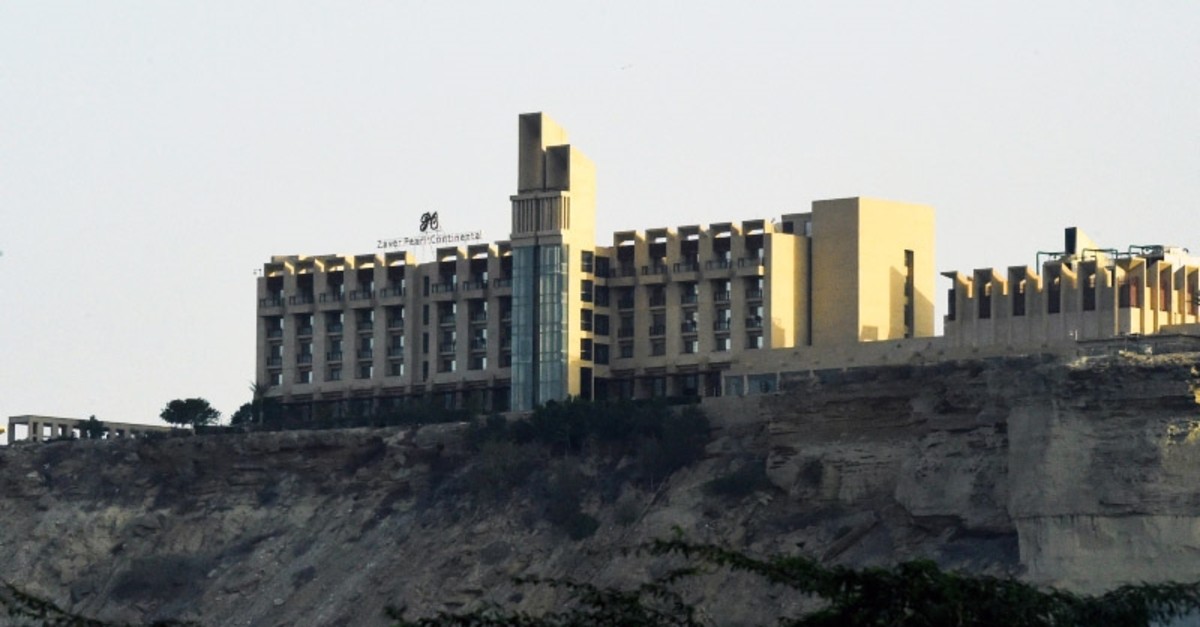 This picture taken on March 8, 2019 shows a general view of the five-star Pearl Continental hotel located on a hill in the southwestern Pakistani city of Gwadar, where gunmen stormed the building. (AFP Photo)
by Anadolu Agency May 11, 2019 6:53 pm

Mir Zia Langu, Home Minister of Balochistan province, of which Gwadar is a district, told Anadolu Agency that security forces were still trying to overpower the fourth militant who was still offering resistance.

Balochistan Liberation Army (BLA)- a Baloch separatist group has claimed responsibility for the brazen attack in a statement to the local media.

"All the guests have been safely evacuated, and the clearance operation is in progress," according to a statement by Pakistan's army.

"Security forces have cordoned off the area. Terrorists have been encircled by security forces in a staircase leading to the top floor [of the hotel]", the statement added.

Earlier, Aslam Bungalzai, a police officer in the region, said three to four armed militants managed to enter Pearl Continental Hotel, located near Gwadar seaport, and are engaged in firing with security troops who cordoned off the site.

"There is no foreigner staying in the hotel", Bungalzai told local broadcaster Dawn News, adding that firing between militants and security forces were continuing.

He said an explosion was also heard, however, there is no immediate report of causalities or the nature of the blast.

With its 600-Kilometers long coastline, Gwadar is a key deep seaport currently operated by China, which aims to attain direct access to Indian Ocean via Gwadar seaport in line with a $46 billion mega project, Pakistan-China Economic Corridor (PCEC).

The economic corridor will not only provide China cheaper access to Africa and the Middle East but will also earn Pakistan billions of dollars for providing transit facilities to the world's second largest economy.