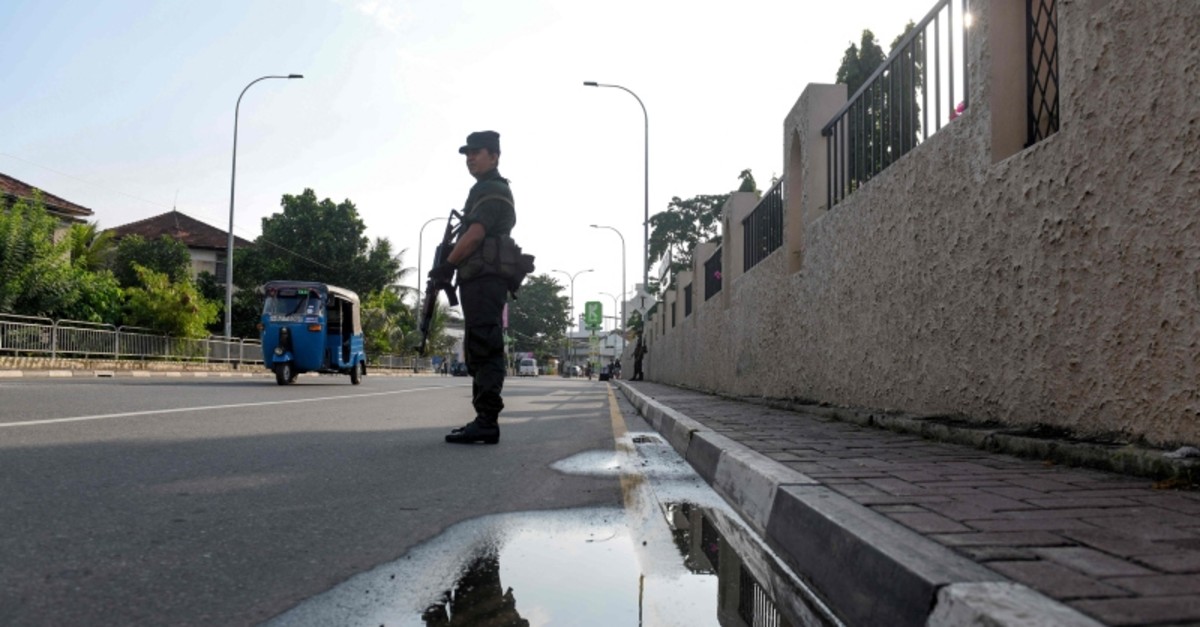 Several dozen people threw stones at mosques and Muslim-owned stores and a local man was beaten in the town of Chilaw on Sri Lanka's west coast Sunday in a dispute that started on Facebook, sources told Reuters.

Three weeks ago in Sri Lanka bombers blew themselves up in four hotels and three churches, killing more than 250 people. Since then Muslim groups say they have received dozens of complaints from across the country about people being harassed.

"A police curfew has been imposed in Chilaw Police area with immediate effect until 6 a.m. tomorrow to control the tense situation," police spokesman Ruwan Gunasekera told Reuters. The police later said the curfew would be lifted at 4 a.m.

A screenshot of the alleged Facebook exchange seen by Reuters showed a user had written in Sinhalese "It is difficult to make us cry" and added a local slur against Muslim men.

A Facebook user identified as Hasmar Hameed, whom two locals said was the man later arrested, replied in English: "Dont laugh more 1 day u will cry."

Authorities said they arrested the author of a Facebook post, identifying him as 38-year-old Abdul Hameed Mohamed Hasmar. Locals in Chilaw, a majority Christian town, said Hasmar's post was interpreted as menacing and an angry crowd beat him.

Reuters was unable to determine what the original conversation was about or to contact Hasmar for comment.

"Later they pelted stones at three mosques and some Muslim-owned shops. Now the situation has calmed down, but we are scared of the night," said one local Muslim man who asked to remain anonymous for security reasons.

Some communities say they are fearful that the government, which failed to act on successive warnings about looming attacks, has not caught all potential militants.

A week ago in Negombo, where more than 100 people were killed during Easter prayers, a violent clash erupted between local Muslims and Christians after a traffic dispute.

Unlike after the Negombo clashes, the Sri Lankan government did not impose a ban on social media platforms on Sunday.