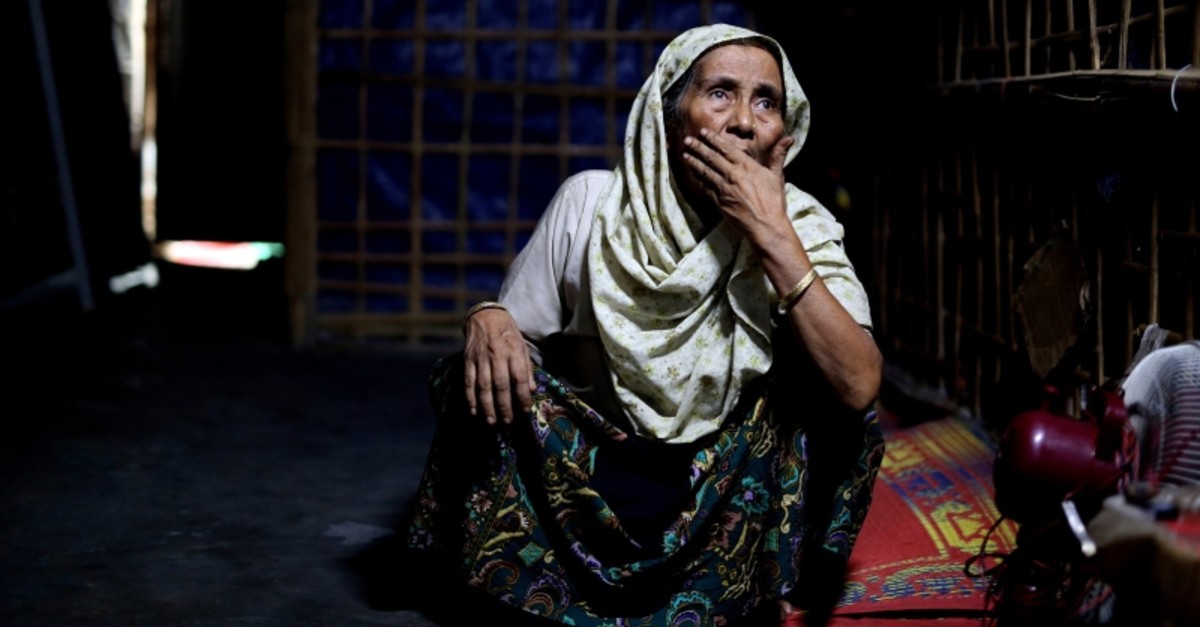 Those were the exact words Aung San Suu Kyi, the de-facto leader of Burma, or what has been come to known as Myanmar, wrote in her book "Letters from Burma."

In the book, the Nobel-laureate leader of one of the world's most ethnically-divided countries tells her story as an activist and a citizen, while describing her country with delightful details from its natural beauties to the beauty of the people's diversity. The book, although written by a politician, does not actually seem like a political writing at first, but rather it describes the daily life in Burma with serene details, aspects of Buddhist culture and ceremonies in a country home to a Buddhist majority of 90 percent, but also home to some 4 percent Christians and 4 percent Muslims.

She also mentions her days under house arrest or other similar days in which she proudly raised her voice against human rights violations directed at her people by the military junta.

Rohingya people, on the other hand, who have been living in the Rakhine state of Myanmar as a Muslim minority for decades weren't even mentioned in the book once, despite special attention and chapters dedicated to the ethnical divisions of the country. Suu Kyi, who refuses to use the name Rohingya in her political speeches as well, simply ignores their very existence in her book. The word "Arakanese" which also indicates the inhabitants of the Rakhine state was only mentioned one or two times under unrelated subjects with no specific details.

After winning a seat in Myanmar's parliament in 2012 and then claiming a landslide victory in the 2015 general elections with her National League for Democracy Party (NLD), Suu Kyi became a personal inspiration and source of hope for the country's oppressed

However, she is not the only one to ignore the very existence of a whole community. In fact, this negation has also been used as a political tool against those who "do not belong" to the Burmese society, namely Rohingya Muslims who have different appearances and a different faith than the rest of the country.

This oppression has continued for years and still continues, and has become more aggressive day by day especially after the military junta, the then-governing power, passed a citizenship law that identified only eight ethnicities in the country entitled to hold official citizenship. The Rohingya people were not included among those ethnic groups, leaving hundreds of thousands of people belonging to the Muslim community stateless.

In a country that has been suffering in the hands of the first imperial powers and then the military junta on its way to long-desired freedom, creating an existential enemy and an "other" to blame was probably the quickest way for politicians in Myanmar to achieve their goals. They created their own enemy within the public, making Muslims the scapegoat for everything that might happen to the "Burmese people and independent Myanmar" while pleasing neighboring superpowers as well.

This "creating an 'other'" process gradually led Muslims to lose everything and turned into the Rohingya Muslim minority crisis as it is known worldwide.

"We have lost our homes, our properties. We have lost our loved ones, the only one thing had remained was our faith which is now being attacked by missionary units and NGOs that work just like them, "a Rohingya refugee from the diaspora, told the Daily Sabah in an interview in Istanbul. The refugee, who is a PhD student that has been studying in Malaysia for some time now, touched upon an unrecognized yet important aspect of the Rohingya crisis, a phenomenon that recently surfaced in refugee camps, especially those in neighboring Bangladesh.

The Rohingya student, who wanted his name to be withheld due to security reasons, said that some NGOs, even those known worldwide, are working in refugee camps as self-proclaimed missionaries who first interpret Islam in their "own way" and then introduce this "false religion" to prospective believers, making them believe that the only reason behind their current situation is Islam, and not those who forced them to migrate, killed or raped them.

"They are turning us against each other now. Even those whom I know to be Muslims converted to Christianity and started to argue with me about my beliefs. Even on social media they are commenting on how Islam is false and such," he said, adding that this "gradual process" works to disguise the very essence of the problem, as those missionaries create a "Rohingya Christian majority" out of the Rohingya Muslim minority.

"They are exploiting those vulnerable refugees. There are even hidden shelters where they convince the refugees to abandon their religion with gifts and all," he noted.

Missionary activities in Bangladeshi refugee camps are not a secret, yet there are not many available sources in English online for those who are actually curious about the real reason behind this "religious transformation."

"Although the majority of Rohingyas are Muslim, approximately 300 of 1.4 million Rohingyas have turned to Christ in the past twenty years, mostly through a witness of a family living in the refugee camp in Bangladesh," Arman, a Rohingya refugee whose name was changed due to security reasons, wrote in an open letter to the International Mission Board (IMB), a Baptist Christian missionary society affiliated with the Southern Baptist Convention (SBC) based in Virginia, United States, published on Oct. 27, 2017.

"I met that family when I visited the camps this summer. The father is the first known Rohingya to follow Christ. He has personally led more than two hundred people to faith in Jesus, helped establish five churches among his people, and started a Christian primary school in his camp," continues the refugee, sparking a series of questions in readers' minds about how all of this has been established in such a short time in refugee camps — the very shelters internationally criticized for lacking the most basic human needs.