North Korea warns US of consequences over ship seizure 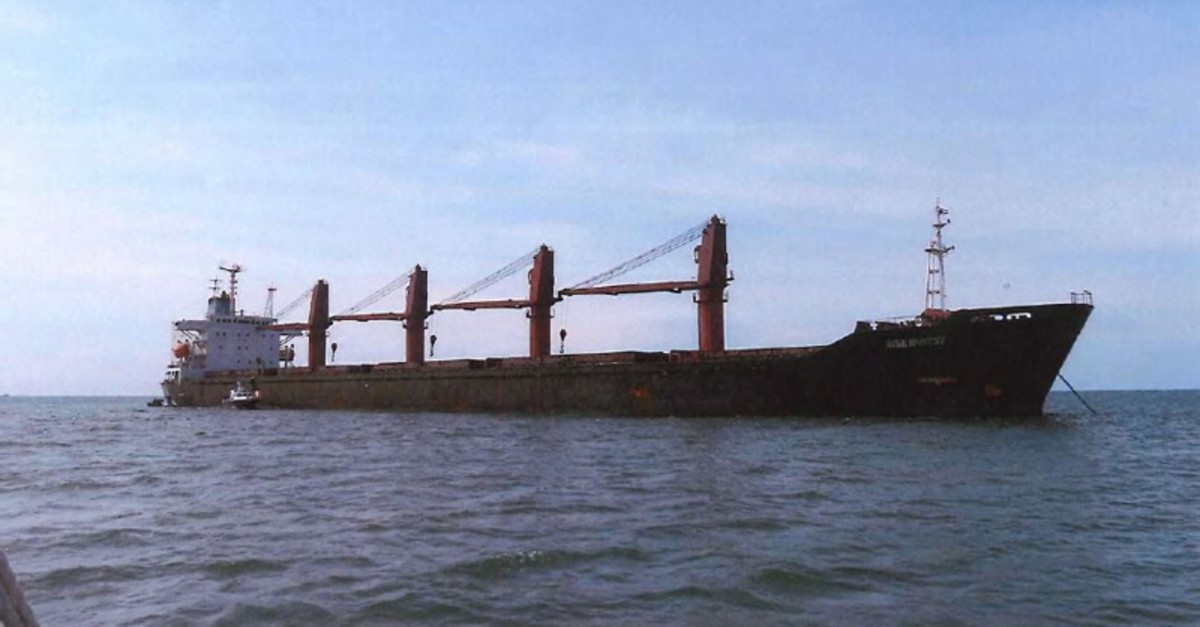 This undated image released by the US Attorney's Office for the Southern District of New York, shows the cargo vessel ,Wise Honest., (AFP Photo)
by May 22, 2019 12:46 am

North Korea stepped up its campaign on Tuesday for the United States to return a seized cargo ship belonging to Pyongyang, warning Washington that it had violated its sovereignty in a move that could affect "future developments" between the countries.

North Korea's U.N. Ambassador Kim Song held a rare news conference at the United Nations in New York to demand the immediate return of the ship, which the United States said earlier this month it had seized over accusations it was used for coal shipments in violation of U.S. and U.N. sanctions.

"The United States should deliberate and think over the consequences its outrageous act might have on the future developments. Also the United States must return our cargo ship without delay," Kim said. "We regard it as part of our territory where our sovereignty is fully exercised."

He said the seizure of the ship, known as the "Wise Honest," defied the spirit of a statement by U.S. President Donald Trump and North Korean leader Kim Jong Un after their first meeting in Singapore in June 2018. They pledged to build new ties between their countries and work toward North Korea's denuclearization.

The U.S. Justice Department earlier this month said the ship was seized and impounded to American Samoa. The vessel was first detained by Indonesia in April 2018.

A second meeting between Trump and Kim Jong Un in Hanoi broke down in February. With talks on denuclearization stalled, North Korea went ahead with more weapons tests this month. The tests were seen as a protest by Kim Jong Un after Trump rejected his calls for sanctions relief at the Hanoi summit.

The U.N. Security Council has unanimously strengthened sanctions on North Korea since 2006 in a bid to choke funding for Pyongyang's nuclear and ballistic missile programs, banning exports including coal, iron, lead, textiles and seafood, and capping imports of crude oil and refined petroleum products.

"We will carefully watch every move of the United States," said Kim.

Kim wrote to U.N. Secretary-General Antonio Guterres on Thursday to ask him to take "urgent measures" over the issue. U.N. spokesman Stephane Dujarric said on Tuesday that the letter had been received.