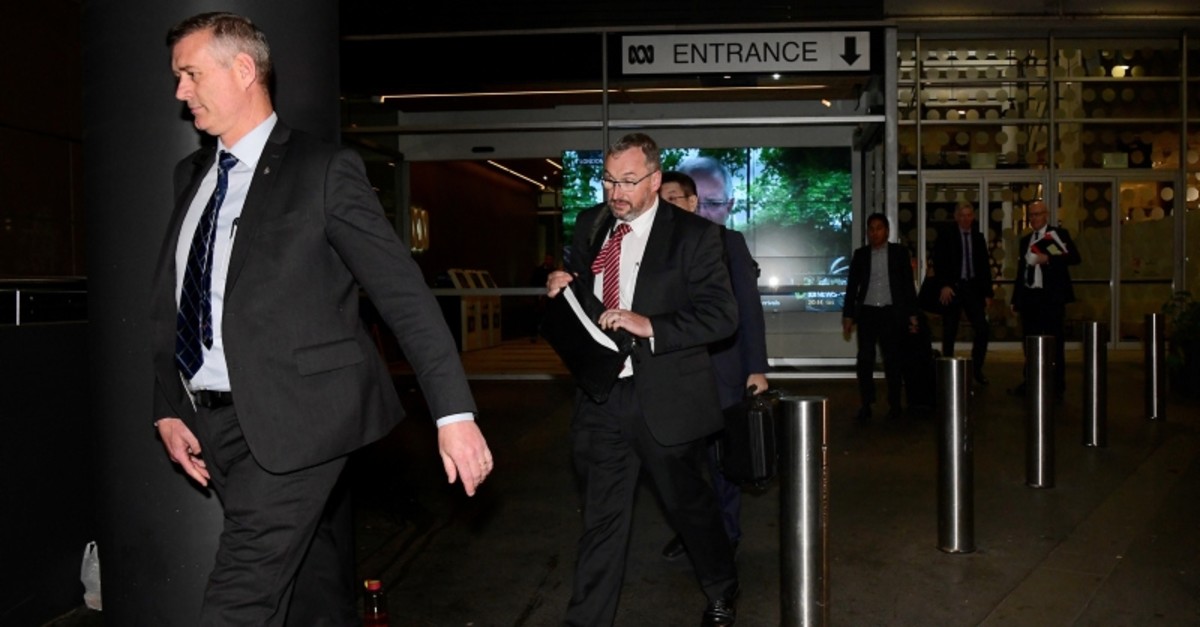 Australian journalists could face jail for holding classified information, authorities and lawmakers said on Thursday, as police appeared to broaden the scope of their investigation after raids on two media organizations.

Police raided the head office of the government-funded Australian Broadcasting Corp (ABC) in Sydney on Wednesday, a day after they raided the home of a News Corp editor.

The raids, which police said were unrelated, triggered complaints of assaults on press freedom.

The Australian Federal Police (AFP) initially said the raids were in relation to alleged crimes of leaking classified information, suggesting media that received any such information would not be affected.

But police later changed a statement on their website to include the possible crimes of receiving national secrets.

Media, lawyers and opposition politicians were scrambling to work out the implications.

"It's apparent that that is possible," shadow attorney general Mark Dreyfus said when asked in an ABC interview if the change in the police statement meant journalists could go to jail.

"It's for the government to explain if journalists might be charged," he said.

The raids, which involved police examining some 9,000 computer files at the ABC, and sifting through the female News Corp editor's underwear drawer, according to media reports, have drawn criticism around the world with the British Broadcasting Corporation calling them "deeply troubling".

The left-leaning Greens party, which makes up a powerful voting bloc in the Senate, said it wanted a parliamentary inquiry into the raids.

Dreyfus said he may support that.

Prime Minister Scott Morrison, who was traveling in Britain, told reporters the police acted independently and that the government believed in media freedom.

"If there are issues regarding particular laws, they will be raised in the normal way that they should be in a democracy, and they are matters I am always open to discuss," Morrison said.

Media widely took that remark as a suggestion Morrison may amend laws to improve media protection.

Australia has no underlying safeguards for free speech in its constitution. When the government ratcheted up counter-espionage laws in 2018, it added a provision to protect whistleblowers.

"No section of the community should be immune to this kind of activity or evidence collection more broadly," Gaughan told reporters in Canberra.

"I reject the allegation ... that we are trying to intimidate journalists," he said.

"I'm not going to rule in or rule out anyone being subject to further charges. We haven't made a decision, one way or the other," he said when asked if journalists could be charged as part of the investigation.