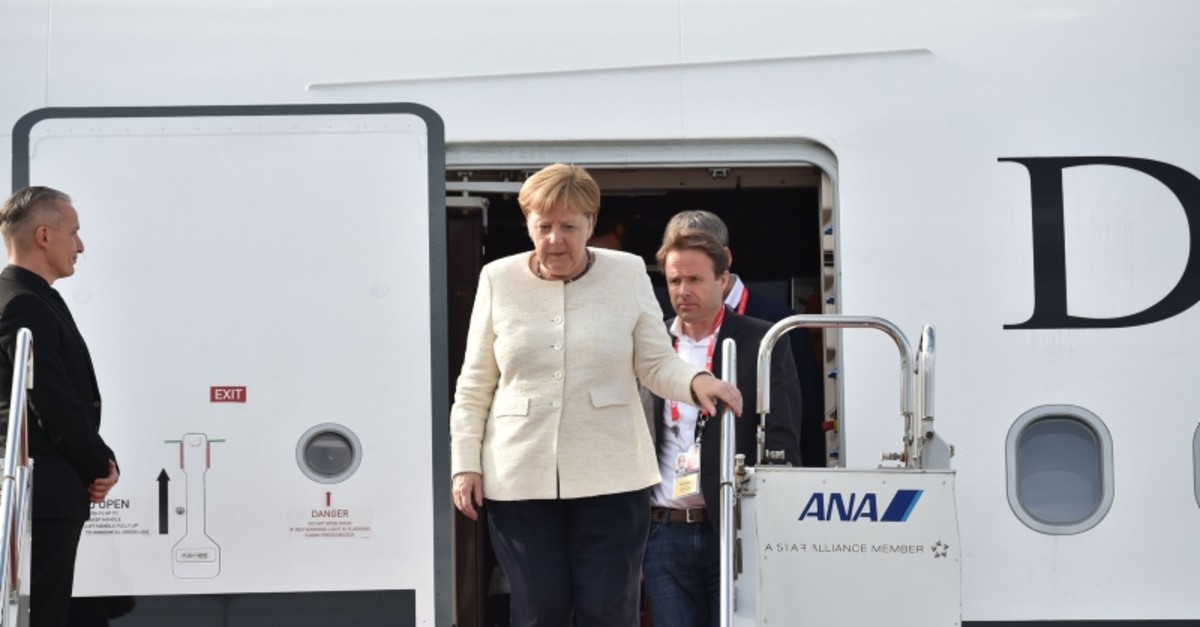 German Chancellor Angela Merkel arrived Friday at the G20 meeting in Osaka amid fears over her health after she suffered a second bout of uncontrollable shaking in just over a week.

Merkel's plane touched down in the western Japanese city with a German government spokesman stressing: "She is doing well. Nothing is wrong."

The 65-year-old German leader sparked renewed fears for her health on the eve of the summit, as she began to tremble at a speech given by the German president. The shaking lasted around two minutes, according to a DPA photographer present.

A previous bout of uncontrollable shaking last week was blamed on dehydration on a hot summer's day.

Officials sought to play down the fears over her health.

Government spokesman Steffen Seibert said she would not cancel any of her engagements in the coming days, which promise to be hectic.

Merkel is to participate in the two-day G20 gathering and numerous bilateral meetings. These include what is shaping up to be a fractious tete-a-tete with US President Donald Trump who called Germany "delinquent" before he left for Osaka.

She flies from Osaka straight to a crunch EU summit on Sunday where leaders will seek to clinch agreement on who will lead the bloc's institutions.

Frequently hailed as Europe's most influential leader and the world's most powerful woman, Merkel has enjoyed relatively robust health during a long career at Germany's helm.

She has said she will leave politics at the end of her term in 2021.