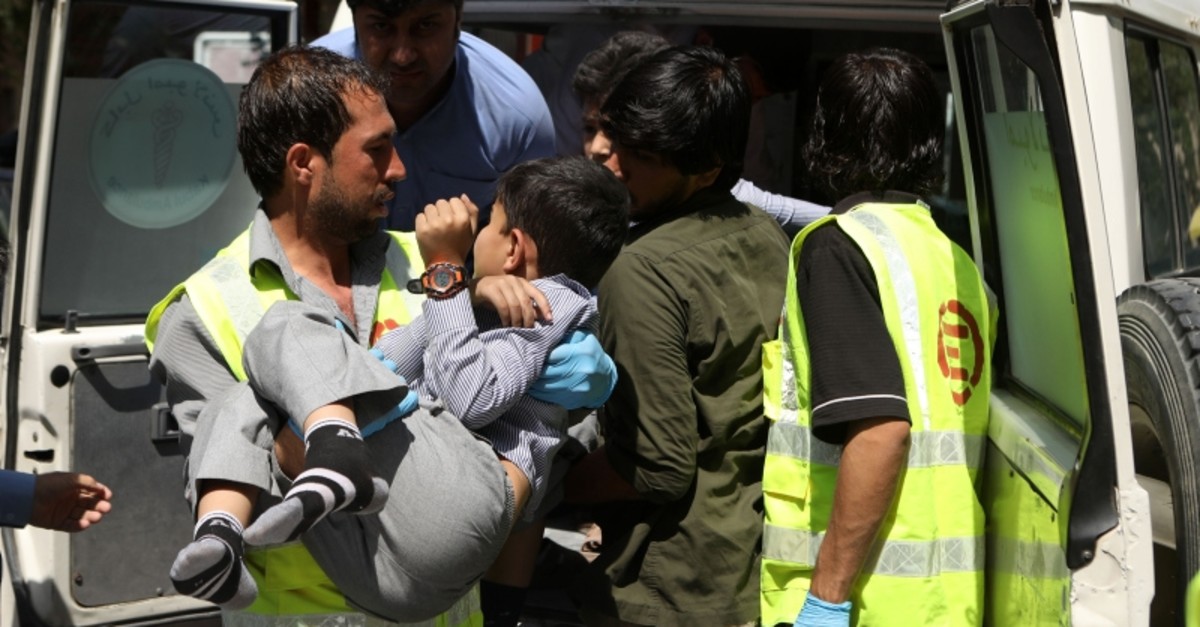 At least 50 children were among more than 100 people wounded Monday when the Taliban detonated a powerful car bomb in Kabul, officials said, the latest deadly attack in one of the most dangerous countries in the world to be a child.

Save the Children led international condemnation of the blast targeting a defense ministry building, which sent a plume of smoke into the air during rush hour and shook buildings nearly two kilometers (1.2 miles) away.

It was followed by gunmen storming a nearby building and triggering a gun battle with special forces in the Puli Mahmood Khan neighborhood of the Afghan capital.

The health ministry said at least three people have been killed, including one child, and 116 wounded, though that figure is expected to change once the clearing operation has been completed. The local Salam Afghanistan radio had said earlier Monday thatat least 10 people had been killed. 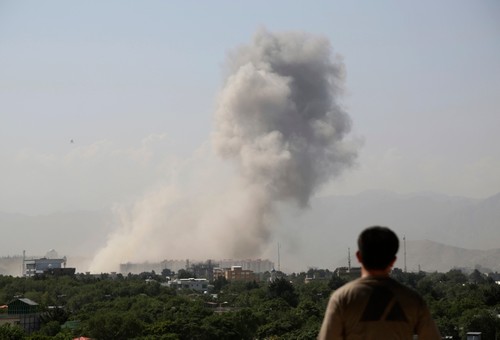 Among the wounded were 50 children, the education ministry said in a statement, adding that most had been hurt by flying glass and were in stable condition.

Officials said all five attackers have been killed and a clearing operation is ongoing.

Mohammad Karim, a police official in the area of the attack, said a car bomb exploded outside a Defense Ministry building. Militants then ran into a nearby high-rise located in a crowded market and began firing down on the ministry. Police and special Afghan security forces were swarming the area and cordoned it off.

A restaurant owner in the area, Mohammad Farooq, said the explosion blew out the windows of a nearby private school, wounding several students.

In its statement, the education ministry said five schools had been partially damaged, and asked "all sides involved in fighting to guarantee the safety of students, teachers, education workers and schools".

Such an attack was "utterly deplorable", Save the Children said in a statement, warning that "Children's smaller bodies sustain more serious injuries than adults" and that the trauma of such attacks can stay with them for years to come.

Quoting Football Federation officials, the broadcaster reported that at least 16 members of the federation were wounded.

The Taliban claimed the attack, which came just two days after the insurgents began a seventh round of talks with the U.S. in Qatar as Washington eyes a breakthrough before Afghanistan's September presidential election.

With the attack still ongoing, the Taliban spokesman in Doha again insisted that the insurgents will not negotiate with Kabul.

"Once the timeline for the withdrawal of foreign forces is set in the presence of international observers, then we will begin the talks to the Afghan sides, but we will not talk to the Kabul administration as a government," Suhail Shaheen tweeted.

Taliban officials have previously told The Associated Press they want all foreign troops withdrawn within six months, while Washington has pushed for a longer timeline of a year to 18 months.

A potential deal would see the U.S. agree to withdraw its troops after more than 17 years in Afghanistan, igniting deep concerns among Afghans who fear Washington will rush for the exits and allow the militants to return to some semblance of power.

In return, the Taliban would guarantee the country would never again become a safe haven for violent extremism, as happened with al-Qaida before the Sept. 11, 2001 attacks.

During a visit last week to the Afghan capital, U.S. Secretary of State Mike Pompeo said Washington would like to see an agreement before Sept. 1, considered an ambitious deadline by analysts but likely linked to Afghan presidential polls scheduled for later that month. Washington has expressed concern the elections could hamper a peace deal and has quietly advocated for an interim administration for up to two years following an agreement.