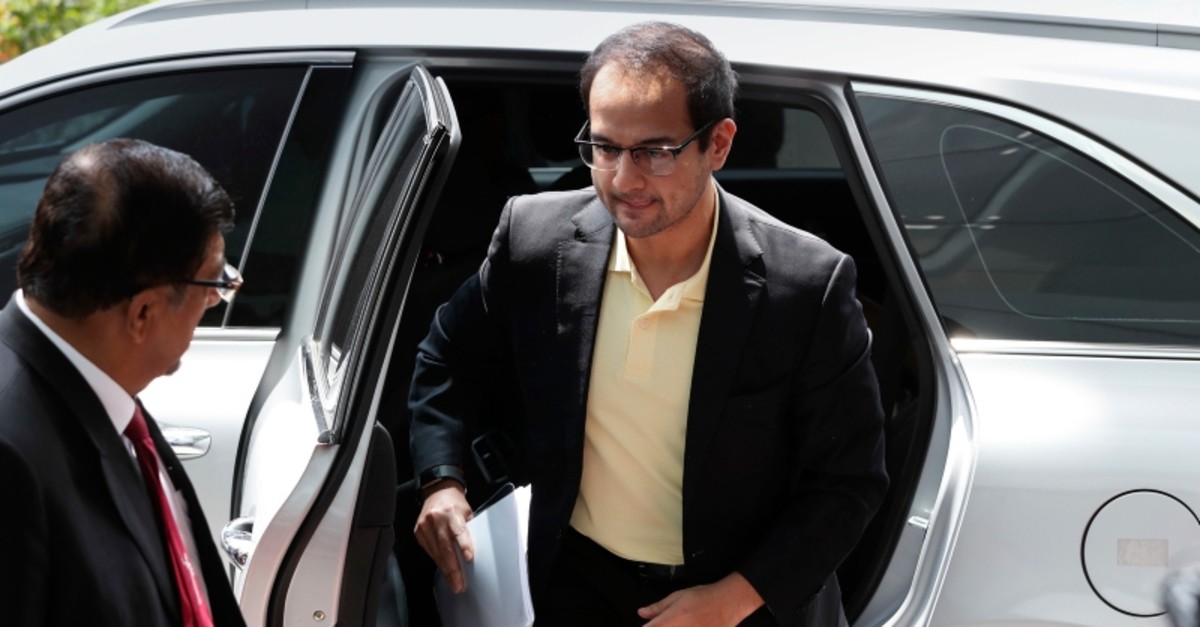 Malaysia's anti-graft agency said Thursday it has detained Riza Aziz, the stepson of former Prime Minister Najib Razak and producer of the Leonardo DiCaprio-starred film "The Wolf of Wall Street," and will charge him with money laundering.

Anti-Corruption Commission chief Latheefa Koya said Riza was picked up Thursday but has been released on bail.

Riza was quizzed last July by the agency over alleged theft and money laundering at the 1MDB state investment fund. Another agency official, who spoke anonymously, said the arrest was linked to investigations into 1MDB.

Billions of dollars were looted from the investment vehicle, allegedly by Najib and his cronies, and spent on everything from yachts to pricey artwork in a globe-spanning fraud.

Riza co-founded the Hollywood company Red Granite Pictures, and U.S. officials allege that it was bankrolled by huge sums of pilfered 1MDB cash.

As well as the "Wolf of Wall Street" — a 2013 film about a massive stock market scam that netted its perpetrator millions of dollars — it produced the Jim Carrey movie "Dumb and Dumber to" and "Daddy's Home," starring Will Ferrell and Mark Wahlberg.

In May, some $57 million forfeited by Red Granite was returned to Malaysia and put into an account set up to recover money looted from 1MDB.

Malaysia's new government has re-opened probes into 1MDB, and Najib went on trial in April over the allegations.

Najib is currently on trial for alleged criminal breach of trust, abuse of power and money laundering linked to 1MDB. He denies the charges. His wife, Rosmah Mansor, also has pleaded not guilty to money laundering and tax evasion related to 1MDB but her trial date has not been set.

"Despite the settlement in the U.S. and the fact that alleged wrongdoings occurred entirely outside of Malaysia, the MACC decides to press charges after a whole year of leaving this case in cold storage. He is not a criminal," she wrote on Instagram, accompanied by a picture of her with Riza taken earlier Thursday before his arrest.

The U.S. Department of Justice, which is seeking to seize assets bought with 1MDB money in the U.S., believes some $4.5 billion was looted from the fund.