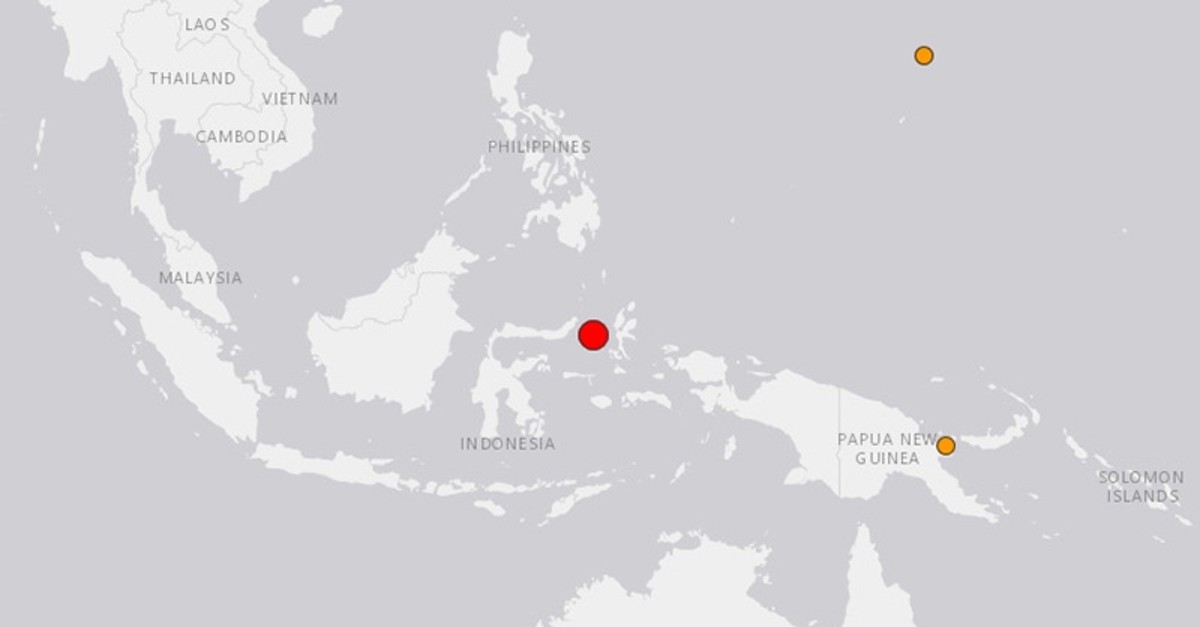 Indonesian authorities have lifted the tsunami warning issued after a strong earthquake struck late Sunday night in the Molucca Sea between North Sulawesi and the Maluku archipelago.

The U.S. Geological Survey said the magnitude 6.9 quake was centered 185 kilometers (115 miles) southeast of Manado at a depth of 24 kilometers (15 miles).

A graphic posted on Twitter by Indonesia's geophysics agency predicted waves of half a meter (1.6 feet) for parts of North Sulawesi and North Maluku. There were no immediate reports of major damage or casualties.

"We urge people not to panic but to stay vigilant," Kustoro Hadiatmoko, head of the geophysics agency office in Ternate, told Metro TV.

"We also urge people to stay away from the beach and rivers."

Residents of Ternate in the Maluku island chain described panic as the quake hit.

"I was getting ready to sleep when the window started rattling," Budi Nurgianto told AFP.

"It was very strong -- I ran from my house and all my neighbours fled too."

Hasyim Yusuf, the head of the Ternate disaster mitigation agency, said there were no reports of fatalities but some people were "traumatised" by the tremor.

"In Ternate people were panicking and some evacuated to higher ground," he told Metro TV.

An official from Indonesia's geophysics agency, Ot Oral Sem Wilar, said he felt the tremor strongly from where he was holidaying in North Sulawesi.

"My friends in Manado said people who live along the coastal area are evacuating."

The USGS warned that considerable damage was possible in poorly built or badly designed structures.

The Southeast Asian nation is one of the most disaster-hit nations on Earth due to its position straddling the so-called Pacific Ring of Fire, where tectonic plates collide.

Last year, a 7.5-magnitude quake and a subsequent tsunami in Palu on Sulawesi island killed more than 2,200 with a thousand more declared missing.

It has been hit by a string of deadly quakes including a devastating 2004 tremor measuring 9.1 magnitude that struck off the coast of Sumatra and triggered a tsunami that killed 220,000 throughout the region, including 168,000 in Indonesia.

The Boxing Day disaster was the world's third biggest quake since 1900, and lifted the ocean floor in some places by 15 metres (50 feet).

Indonesia's Aceh province was the hardest hit area, but the tsunami affected coastal areas as far away as Africa.