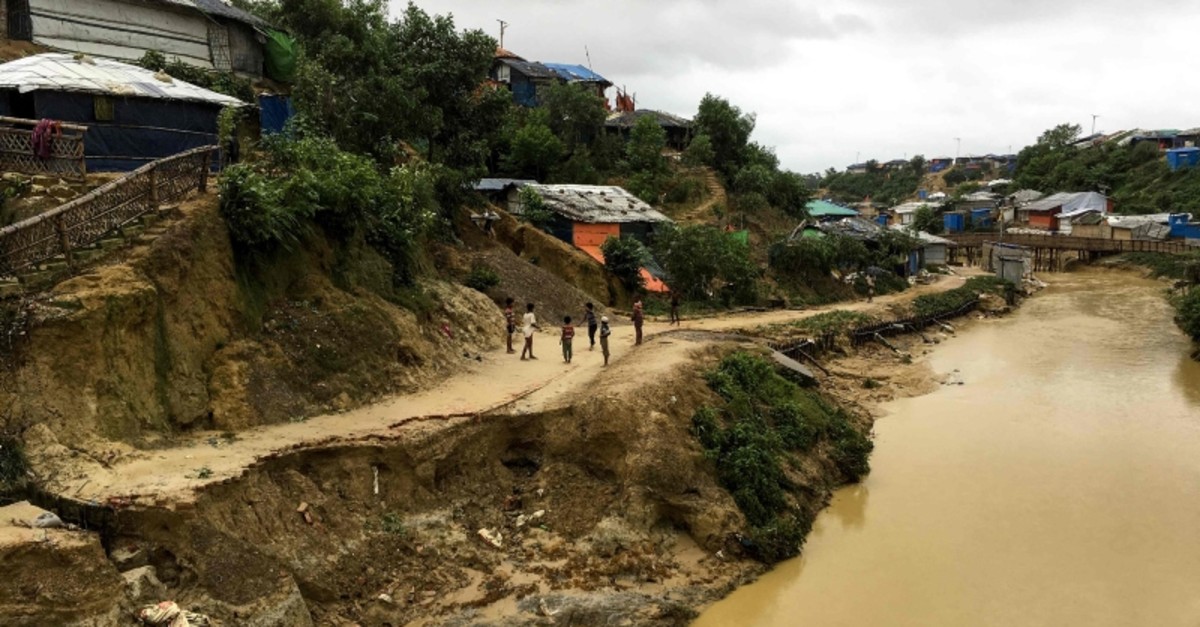 About 35 centimeters (14 inches) of rain fell in 72 hours before the landslides started Saturday in camps around Cox's Bazar that house more than 900,000 of the Muslim minority who fled Myanmar, the U.N. said.

Twenty-six landslides were reported in makeshift camps built on hills near the border with Myanmar. Trees there have been torn up to build huts and for firewood, leaving the terrain unstable.

U.N. refugee agency official Areez Rahman said about 30 shanty camps have been affected by the storms. One woman in her 50s died after being hit by a wall that collapsed, he told AFP.

Nur Mohammad, a 40-year-old Rohingya in the main Kutupalong camp, said 12 relatives had fled their tarpaulin-clad huts on the hills to take shelter with him.

"My home is already overcrowded. I'm worried how I will feed all these people," he said.

Officials said some 5,000 Rohingya on a strip of no man's land between Bangladesh and Myanmar had also been badly hit by the storms.

"Children are suffering from diarrhea and we don't have enough drinking water," camp leader Dil Mohammad told AFP by phone.

He said most of the camp was knee deep in water as Myanmar authorities had put a dam on a nearby river.

Monsoon storms killed 170 people in the refugee camp in 2017.

Last year the U.N. refugee agency moved 30,000 Rohingya out of areas considered at high risk of landslides and floods.

Some 740,000 Rohingya fled a military crackdown in Buddhist-dominated Myanmar's Rakhine state in August 2017, joining about 200,000 already living in camps across the border.

Bangladesh wants to relocate up to 100,000 of the refugees to a remote island in the Bay of Bengal but this is opposed by the refugees and international rights groups.