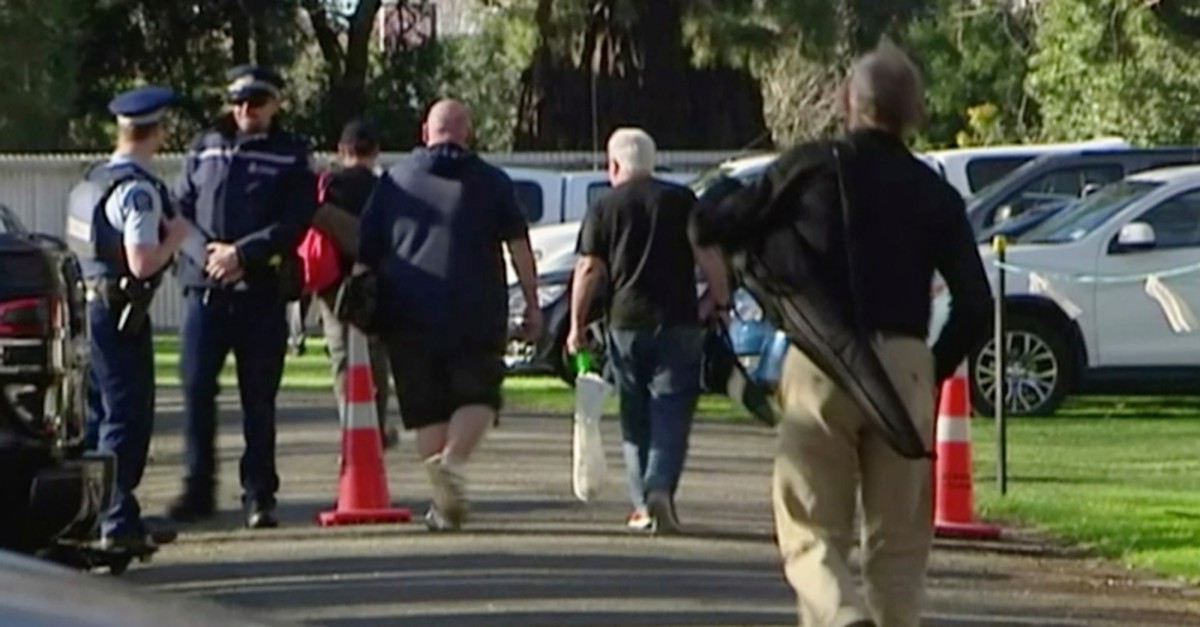 Dozens of New Zealanders handed in their firearms Saturday as a gun buyback scheme went into operation aimed at ridding the country of semi-automatic weapons in the wake of the Christchurch mosque attacks.

The first of more than 250 collections to be held nationwide was in Christchurch, where 51 Muslim worshippers were gunned down while at prayer less than four months ago.

Police Minister Stuart Nash said the objective was to "remove the most dangerous weapons from circulation."

With armed police monitoring the handover, 169 firearms owners handed in 224 weapons and 217 parts and accessories. They were then crushed in hydraulic presses.

Regional police commander Mike Johnson said 903 gun owners in the Canterbury region, which includes Christchurch, had registered 1,415 firearms to be handed in.

"Police recognize that this is a big change for the law-abiding firearms community and we are hearing really positive feedback from people as they come through today that they are finding the process works well for them," Johnson said.

"Canterbury firearms owners' attitude towards this process has been outstanding."

Ray Berard, who moved to New Zealand from Canada 25 years ago, handed in an assault rifle. He told reporters he had been in the Canadian army and on the Canada shooting team but believed there was no place for military-style firearms in modern society.

"My wife is working as one of the project directors on the hospital rebuild and we were there on the day of the shooting and watched the 35-odd hearses leave the next day," he said.

A person can "do a lot of damage to a lot of people... if you're mentally unwell and you have a weapon that can shoot 100 rounds a minute."

Licensed firearms owners have six months to surrender weapons that have now been deemed illegal under the scheme, with an amnesty ensuring they will not face prosecution during that period.

After the amnesty expires, possession of prohibited firearms will be punishable by up to five years in jail.

Australian-born Brenton Tarrant has been charged with the killings and is alleged to have used an arsenal of five weapons, including two military-style semi-automatic rifles, in the attacks on two mosques.

He has pleaded not guilty to terrorism charges, as well as 51 counts of murder and 40 of attempted murder.