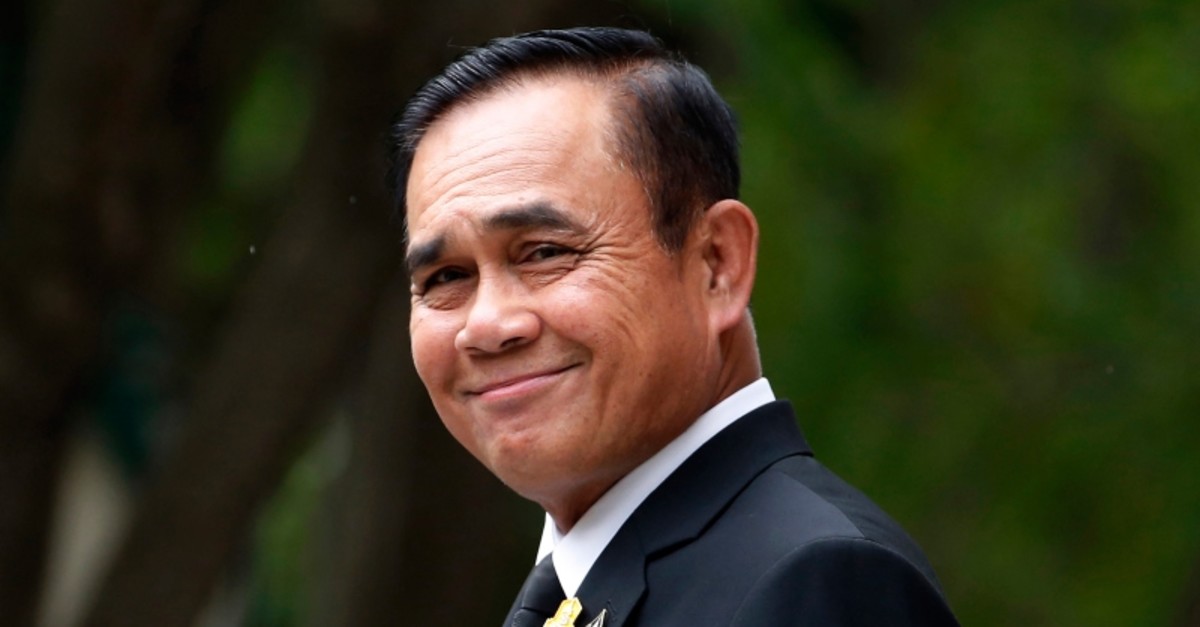 In this Thursday, June 6, 2019, file photo, Thailand's Prime Minister Prayuth Chan-ocha smiles and talks reporters before a meeting at the government house in Bangkok, Thailand. (AP Photo)
by Jul 15, 2019 4:01 pm
Thai Prime Minister Prayuth Chan-ocha formally resigned as the head of the military government on Monday, saying the country would function as a normal democracy after five years of military rule.

Prayuth stays on as prime minister with the backing of pro-military parties in parliament and a military-appointed upper house under a constitution that critics say stifles democracy and enshrines a political role for the military.

Prayuth, in a televised address to the nation, said military rule had brought success in many areas, from fixing the problem of illegal fishing and human trafficking, to the rescue of 12 boys and their soccer coach trapped in a flooded cave last year.

The former army chief who seized power in a 2014 coup, said the intervention then had been necessary to restore order after six months of street protests and violent clashes, but things were getting back to normal after a March 24 election.

"Thailand is now fully a democratic country with a constitutional monarchy, with a parliament whose members are elected," Prayuth said.

"All problems will be addressed normally based on a democratic system with no use of special powers," he said, referring to sweeping powers the military government wielded.

Last week, Prayuth used those powers for one last time to end various restrictions on media. He also transferred civilian legal cases from military to civilian court though he retained the power to let security forces carry out searches and make arrests unchallenged.

Thailand has seen intermittent bouts of political turmoil and violence - as well as two military coups - over the past 15 years as new political forces drawing support from the countryside have challenged the Bangkok-based military-royalist establishment.

People are generally cautious about what the new set-up might bring.

"We have to see their work first," Noppawan Hiranpruk, 47, a market vendor told Reuters.

"It's OK to have old faces provided they have new ideas to make new things happen," she said.

The new government will officially take power after a swearing in ceremony on Tuesday. It is due to present its policies to parliament next week.