US imposes sanctions on Myanmar army chief over Rohingya massacres 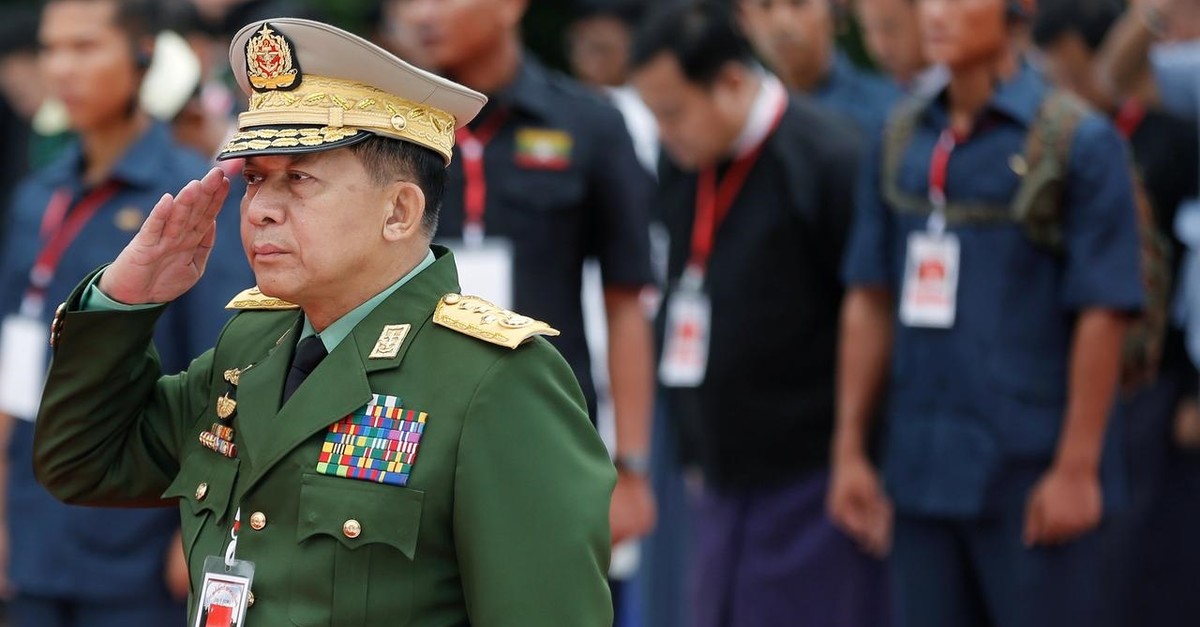 The steps, which also covered Min Aung Hlaing's deputy, Soe Win, and two other senior commanders and their families, are the strongest the United States has taken in response to massacres of minority Rohingyas in Myanmar, also known as Burma.

"We remain concerned that the Burmese government has taken no actions to hold accountable those responsible for human rights violations and abuses, and there are continued reports of the Burmese military committing human rights violations and abuses throughout the country," U.S. Secretary of State Mike Pompeo said in a statement in making the announcement.

"With this announcement, the United States is the first government to publicly take action with respect to the most senior leadership of the Burmese military," Pompeo said, referring to Myanmar by its former name Burma.

The sanctions bar those targeted and their immediate families from traveling to the United States.

The Myanmar government has long been blamed for genocide against the minority Muslim Rohingya community in western Rakhine State. The exodus of Rohingya began in August 2017 after Myanmar security forces launched a brutal crackdown following attacks by an insurgent group on guard posts. The scale, organization and ferocity of the operation led to accusations from the international community, including the U.N., of ethnic cleansing and genocide. Rohingya Muslims are the most persecuted minority in the world according to U.N. figures and continue to suffer from oppression under the Myanmar government, the army and Buddhist extremists.

Over the past decade, thousands of Rohingya have been killed since violence broke out in 2008, causing hundreds of thousands to flee their homeland for Bangladesh, Malaysia and other countries in the region. At least 9,000 Rohingya were killed in Rakhine State from Aug. 25 to Sept. 24, 2017, according to Doctors without Borders (MSF).

In a report last December, the global humanitarian group said the deaths of 71.7 percent, or 6,700 Rohingya, were caused by violence. The death toll includes 730 children below the age of five.

Amid reports of fresh abuses and civilian killings, Myanmar's military lavished tens of millions of dollars on the latest lethal hardware, leaning on allies as part of a strategy to become a first-class fighting force. The spending spree comes despite enduring EU and U.S. arms embargoes and calls last month from a U.N. fact-finding mission for the international community to sever financial ties to Myanmar's military.