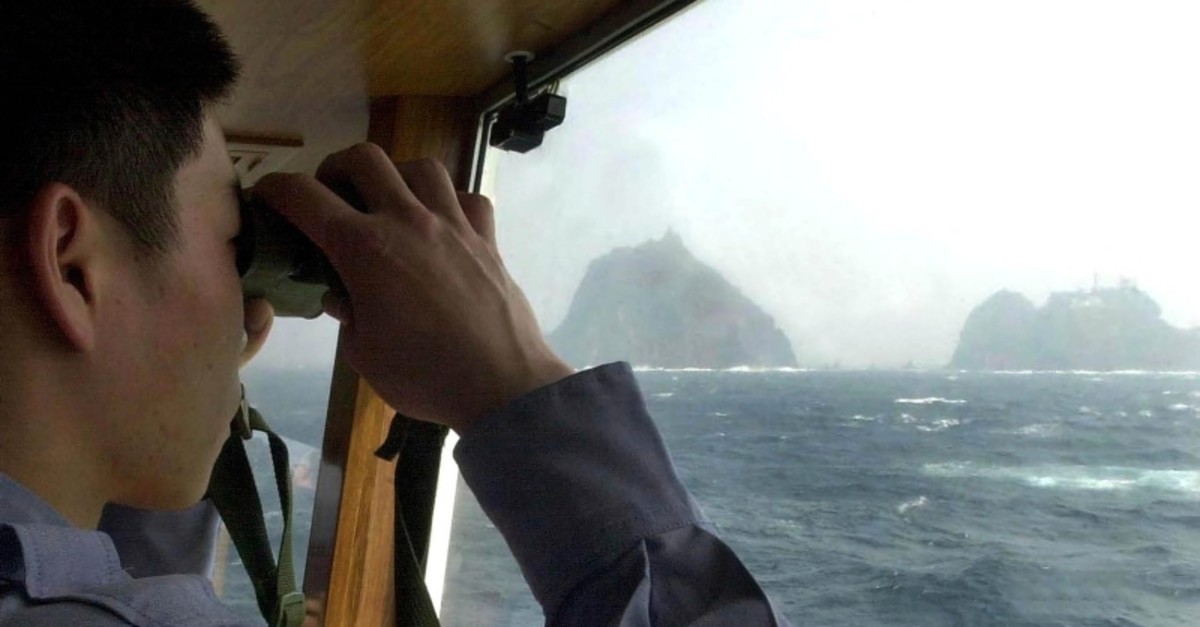 In this April 28, 2005, file photo, a South Korean coast guard looks at Dokdo islets, known as ,Takeshima, in Japanese, through a telescope on the patrol ship Sambong-ho on the East Sea, South Korea. (AP Photo)
by Compiled from Wire Services Jul 23, 2019 10:14 am

Russia's Ministry of Defense on Tuesday denied that its strategic bombers had violated South Korean air space and accused South Korean jets of carrying out dangerous maneuvers that threatened its aircraft, the RIA news agency reported.

South Korean fighter jets then scrambled to the area to fire 10 flares and 80 rounds from machine guns as warning shots, a ministry official said, requesting anonymity due to department rules.

But Russia's defense ministry denied that and said South Korean pilots had not communicated with the Russian bombers.

The former Soviet Union supported North Korea and provided the country with weapons during the 1950-53 Korean War, which killed millions. In 1983, a Soviet air force fighter jet fired an air-to-air missile at a South Korean passenger plane that strayed into Soviet territory, killing all 269 people on board. Relations between Seoul and Moscow gradually improved, and they established diplomatic ties in 1990, a year before the breakup of the Soviet Union.

The airspace the Russian warplane violated Tuesday was above a group of South Korean-held islets roughly halfway between South Korea and Japan that has been a source of territorial disputes between them. Russia isn't a party in those disputes.

The three Russian planes had entered the South Korean air defense identification zone with two Chinese bombers. But it wasn't immediately known whether the two countries deliberately did so, according to the South Korean official.