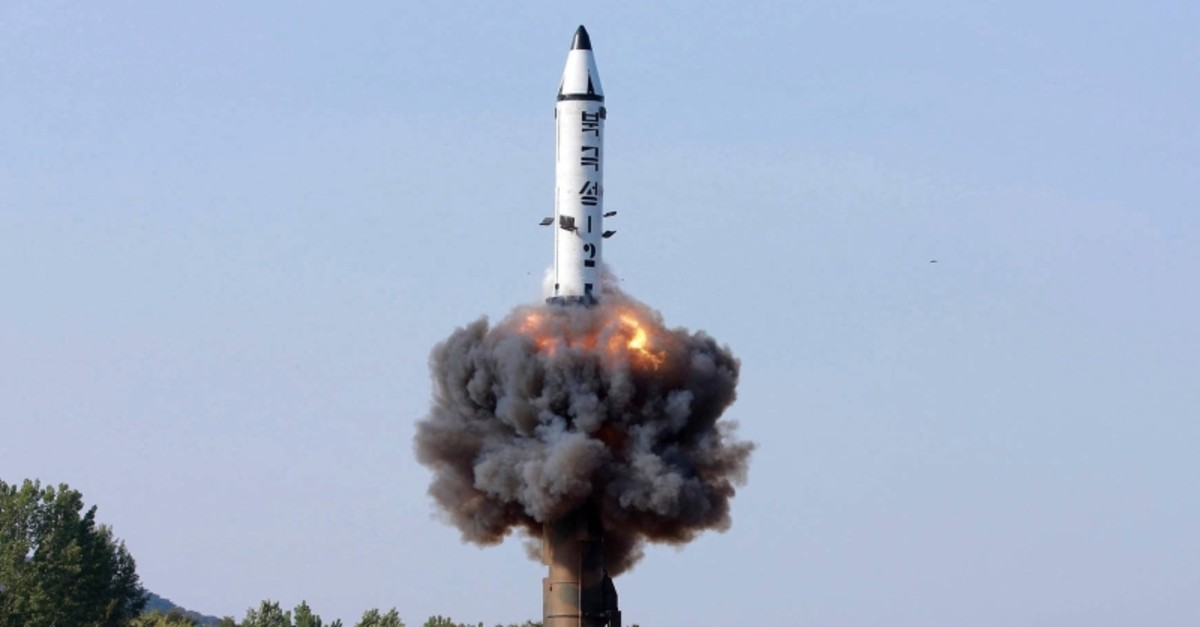 In this undated file photo distributed by the North Korean government on May 22, 2017, a solid-fuel ,Pukguksong-2, missile lifts off during its launch test at an undisclosed location in North Korea. (AP Photo)
by Jul 25, 2019 1:49 am

The US said Wednesday that Pyongyang had fired a short-range projectile, while South Korean media reported that two had been launched.

The firing comes ahead of US-South Korean military exercises next month that North Korea has warned could affect the planned resumption of denuclearization talks between Washington and Pyongyang.

"I can confirm that it was... short-range" a US official told AFP, speaking on condition of anonymity. He did not say when the launch was carried out.

The North "fired one unidentified projectile at 5:34 am and the other at 5:57 am, from Wonsan areas into the East Sea, and they flew around 430 kilometers (267 miles)," according to Seoul's Joint Chiefs of Staff, cited by the South's Yonhap news agency.

"Our military is closely monitoring the situation in case of additional launches and maintaining a readiness posture," Yonhap quoted the JCS as saying.

Pyongyang last fired short-range missiles on May 9, which US President Donald Trump called "very standard stuff" that, he said, had not affected his relationship with the North's leader Kim Jong Un.

Kim and Trump agreed to a resumption of dialogue at an impromptu June 30 meeting they held in the Demilitarized Zone that divides the two Koreas.

But last week, North Korea issued its warning over the military drills, which have been held for years and were scaled down to ease tensions with nuclear-armed Pyongyang.