700 passengers rescued from flooded train in India by boats, choppers 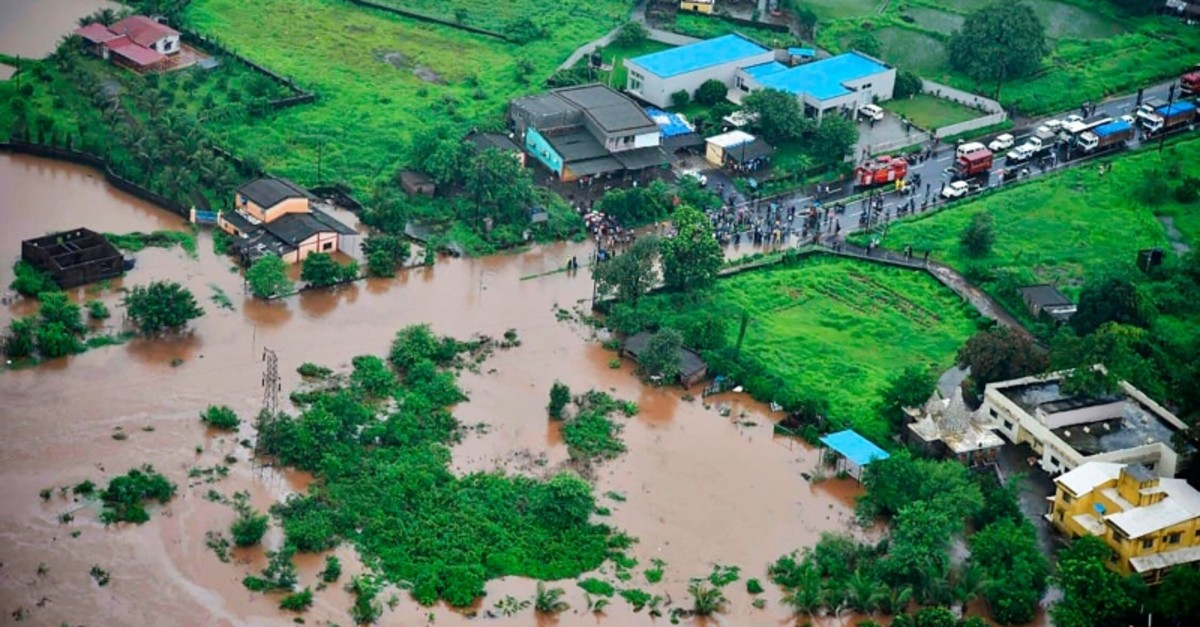 This handout photograph taken and released by the Indian Navy on July 27, 2019 shows an aerial view of a flooded area following heavy monsoon rains, in Badlapur some 70 kms from Mumbai. (AFP Photo)
by Associated Press Jul 27, 2019 3:10 pm

Rescuers in India on Saturday safely evacuated all 700 passengers from a train after it got stuck in monsoon floodwaters between two stations near Mumbai, the country's home minister said.

A statement by India's disaster management office in Maharashtra state said the Mahalaxmi Express train got stuck due to flooding of the tracks. The train was carrying about 700 passengers.

Home Minister Amit Shah said on Twitter that all 700 passengers had been rescued safely.

The National Disaster Response Force and the navy earlier launched a rescue operation after authorities warned passengers not to move. The first group of 150 passengers was rescued after the train had been stranded for nine hours in the area, which is about 90 kilometers (56 miles) from Mumbai.

The train had departed from Mumbai around 8:15 p.m. Friday before it got stuck at 3 a.m. Saturday.

The Press Trust of India agency said all of the passengers were safe.